Kerry Washington was pretty with her hair in a crown braid as she arrived at Instyle’s  Day of Indulgence Party on Sunday August 14th, 2016. 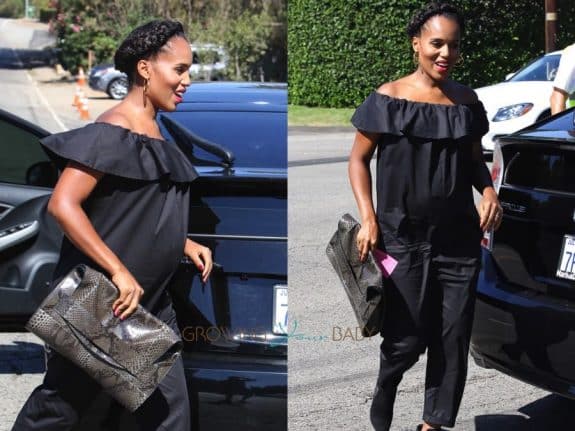 Pregnant with her second child, the actress’ rounded belly could be seen through her black jumper as she made her way into the party. 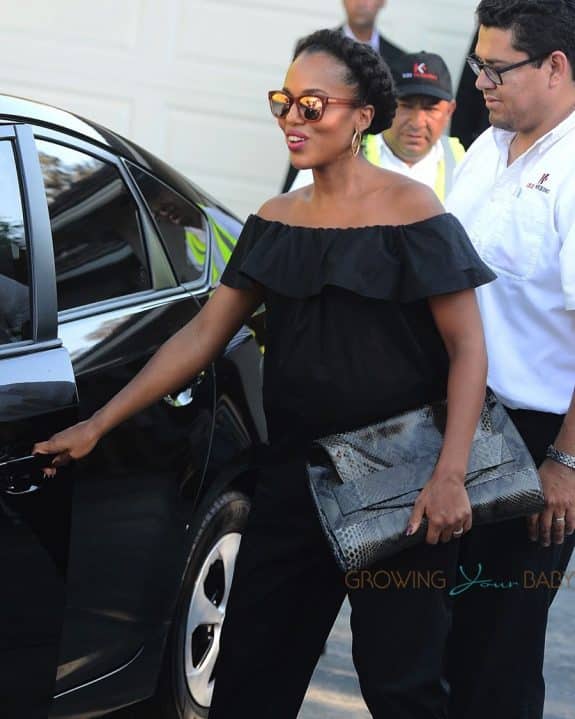 Back on the set of her hit show Scandal, Kerry recently revealed there have been a lot of adjustments in the wardrobe department to hide her pregnancy.

“There’s nothing high-end for professional women who are pregnant, so for the show, we wind up just buying the same clothes,” she said in the September issue of InStyle magazine. “We will cut out the front of Armani trousers and put in a pregnancy panel. That’s what we do for everything.”