Home » Liv Tyler Steps Out With Friends in NYC

Mama-to-be Liv Tyler is almost there! The actress was spotted out on Tuesday headed to the gym before hitting the spa with some friends. 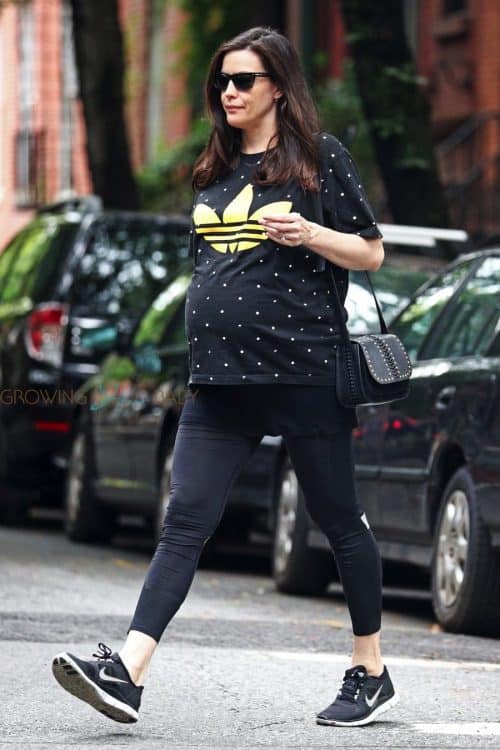 She stayed comfy and casual in a polka dotted Adidas shirt, black leggings, and Nike runners. 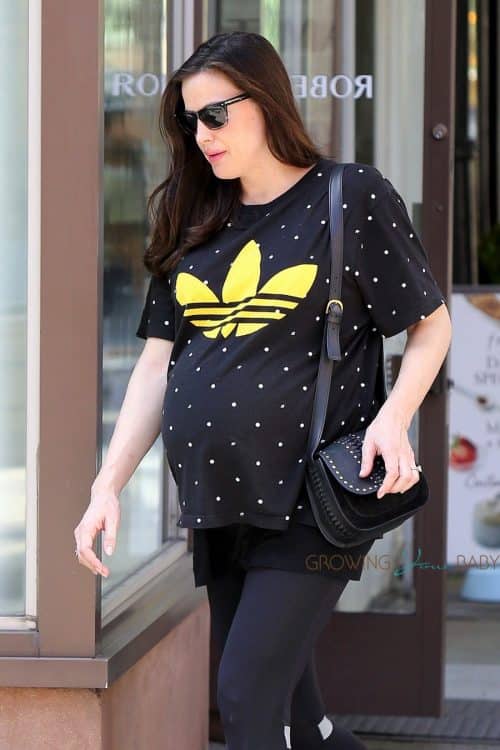 Not slowing down as her due date approaches, Liv and her fiance Dave Gardner later watched Noel Gallagher’s High Flying Birds at The Beacon Theater. Dave shared a photo of himself up singing, along with the caption,

“This is me attempting to sing whilst watching the amazing one and only Noel G and thehighflyingbirds !!! ” 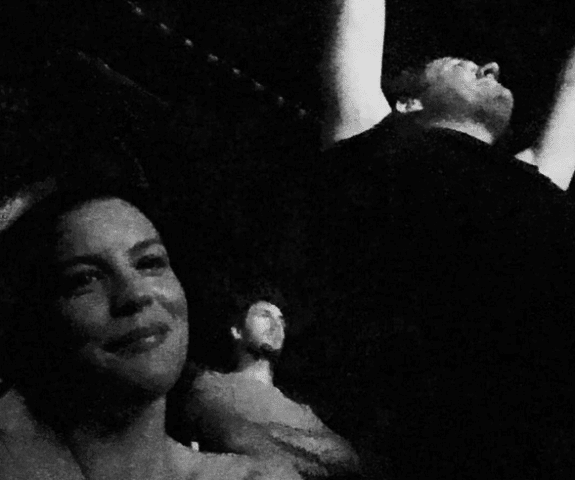 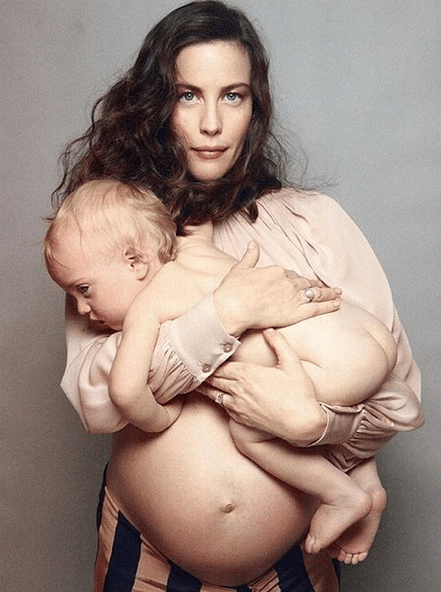 It won’t be long now before Liv and Dave meet their little one!