Date night! Natalie Portman and Benjamin Millepied posed for the cameras on the red carpet at the 74th Annual Golden Globe Awards, held at The Beverly Hilton Hotel in Beverly Hills, California on Sunday January 8, 2017. 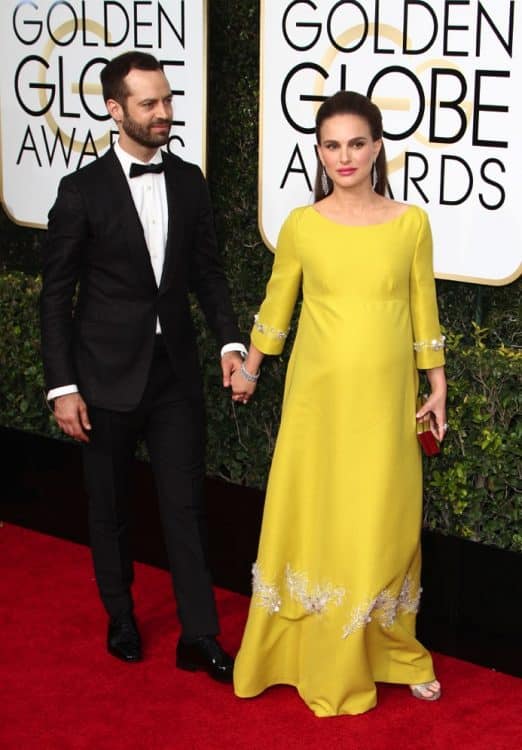 The mama-to-be’s growing belly could be seen under her retro yellow Prada dress that was accented by $225K of jewelry from Tiffany’s. She was nominated for Best Performance by an Actress in a Motion Picture – Drama for her role in Jackie. 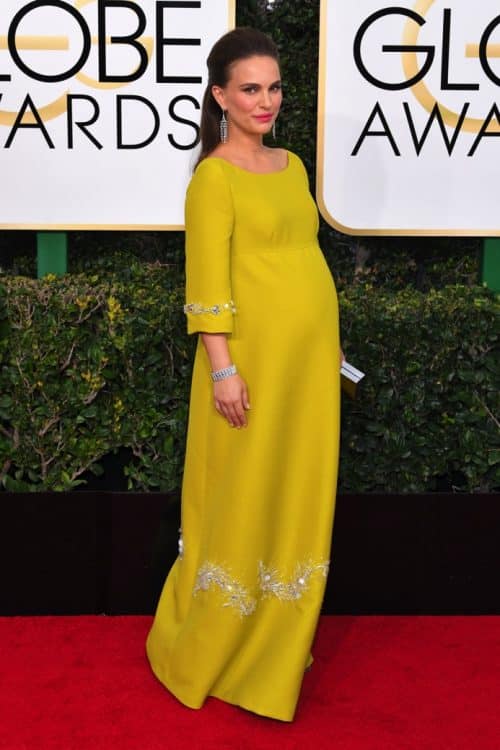 Pregnant with her second child, Natalie and Benjamin will welcome her new baby at the end of February.

When he or she arrives, they will join the couple’s 5-year-old son Aleph.