Natalie Portman posed for the cameras as she walked the red carpet at the 30th Israel Film Festival Anniversary Gala Awards Dinner at The Beverly Wilshire Four Seasons Hotel on Wednesday, November 10,2016. 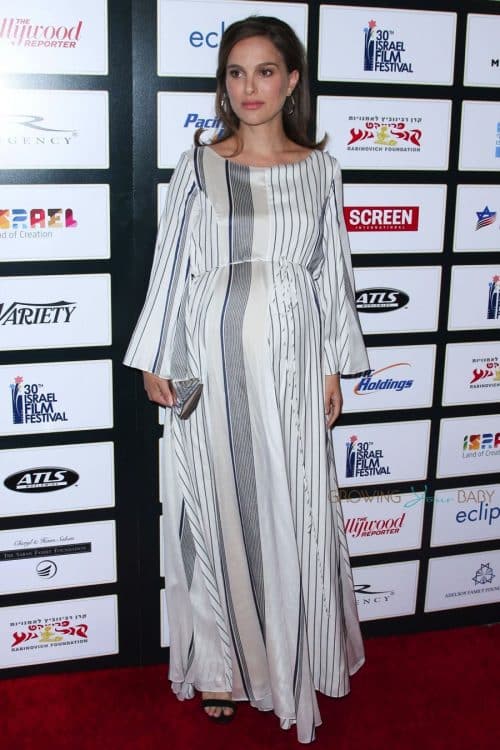 The second time mama to be’s growing belly could be seen under her flowing dress, which was belted above the bump. 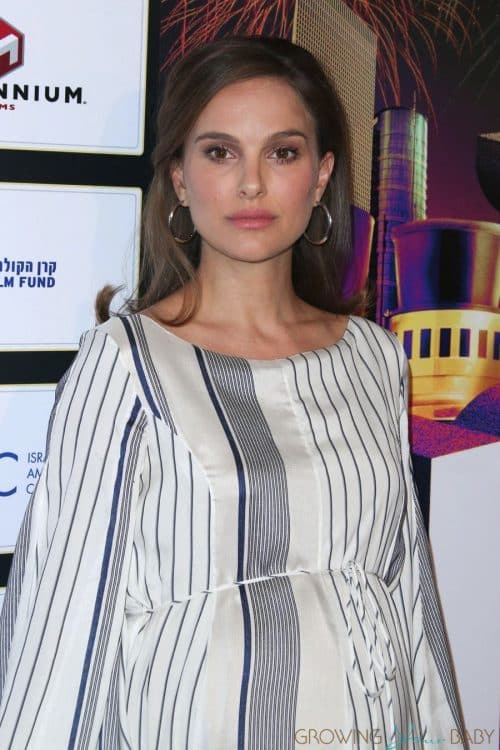 “I’m feeling great.  It’s really, of course, a big honor every time that you are recognized for your work, and it’s really exciting, always, just to be in a room with so many artists that you admire.” 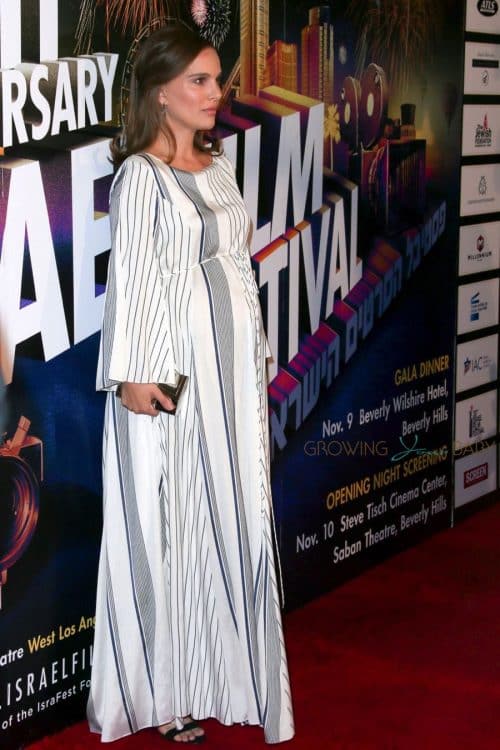 It won’t be long now before her son 5-year-old Aleph is a big brother! The couple has stayed mum on details surrounding the pregnancy, but Natalie is believed to be due early next year.

Look for her to be back on the big screen on December 2, when her new biographical drama Jackie hits theaters.