Pregnant actress Uma Thurman was photographed enjoying a vacation with her kids Maya and Levon Hawke and her mother Nena von Schlebrugge on a yacht in St. Barts, France on Saturday (March 24). 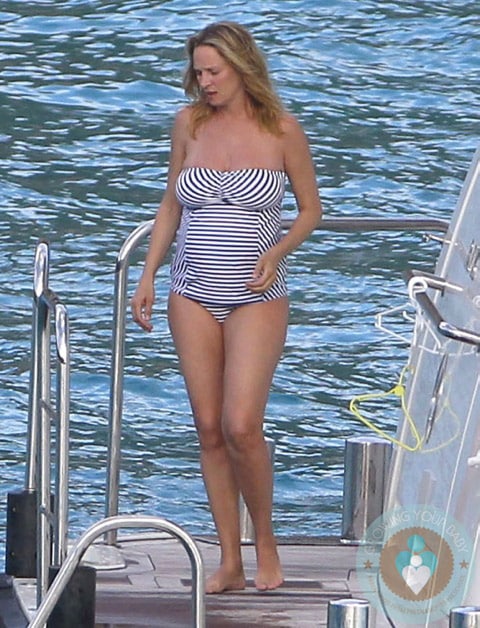 Uma looked great in a navy striped tankini while taking a dip in the ocean off the side of the luxury liner.  On Friday she hit the beach in a two piece that showed off her growing belly and he trim physique. 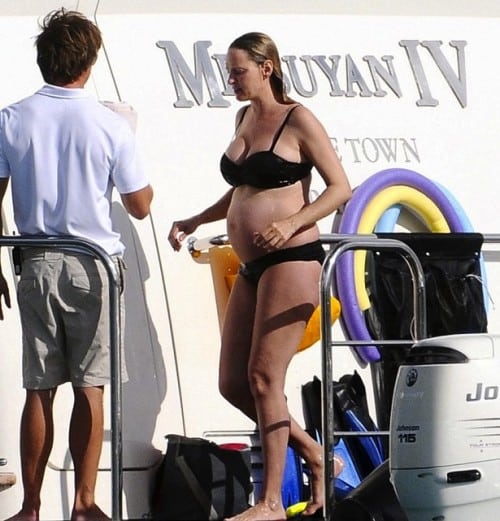 Earlier this year before it was revealed she was expecting the actress told Harper’s Bazaar,

“I have something I would really like to express about my love life – I’m happier with it now than I’ve been in many, many years.”

The new baby, who is rumored to be due at the end of the Summer, will be the first child together for Uma and boyfriend Arpad but the third for each parent. The mom-to-be has two children – daughter Maya, 13, and son Levon, 10 – with ex-husband Ethan Hawke and Arpad is dad to Arpad Flynn Alexander Busson and Aurelius Cy Andrea Busson, with former girlfriend Australian supermodel Elle Macpherson.