Princess Charlotte was christened today in the church where Diana Princess of Wales was baptized, St Mary Magdalene Church, on the Sandringham Estate Norfolk. 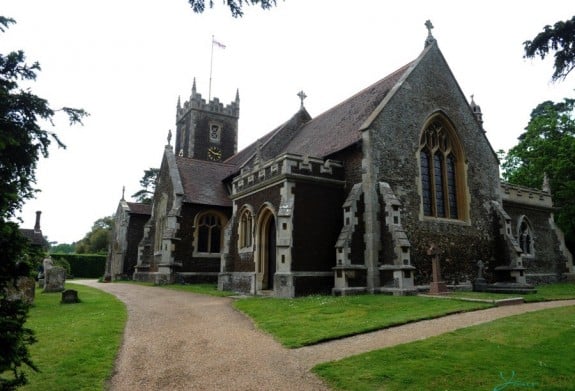 The Duke and Duchess pushed the Princess up the pathway from Sandringham House to the Church in a the same 1950s Millson pram, the was used for The Queen’s children. 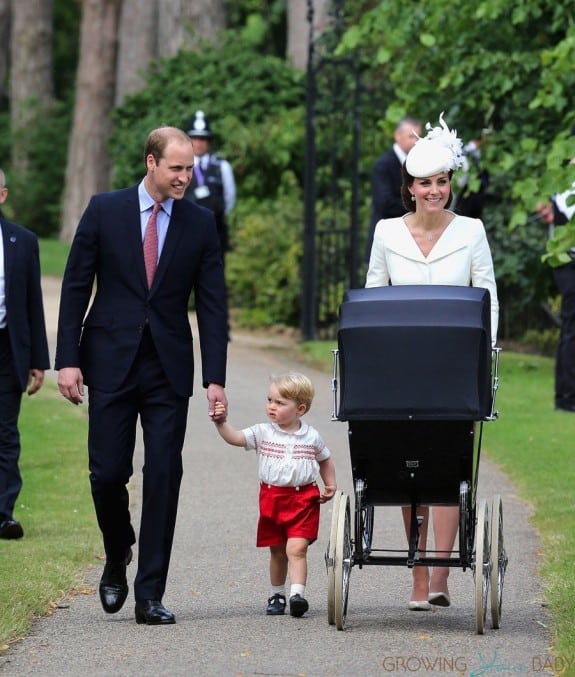 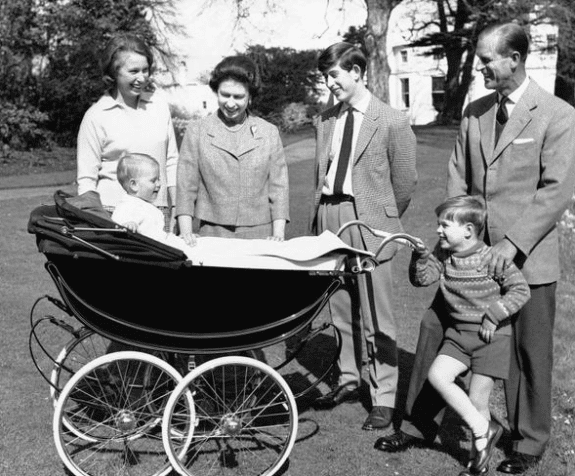 At one point Prince George could be seen trying to peek into the pram to catch a peek of his sister. 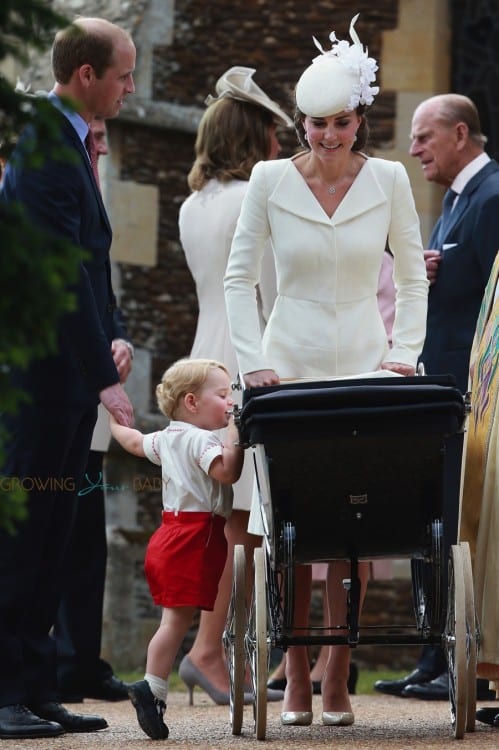 Princess Charlotte wore a replica of the Victorian lace and satin gown, which has been at Royal christenings since 1841.  As the original Royal Christening Robe was too frail to be worn, the Queen’s dressmaker, Angela Kelly recreated a Honiton lace lined with white satin version for the special day. 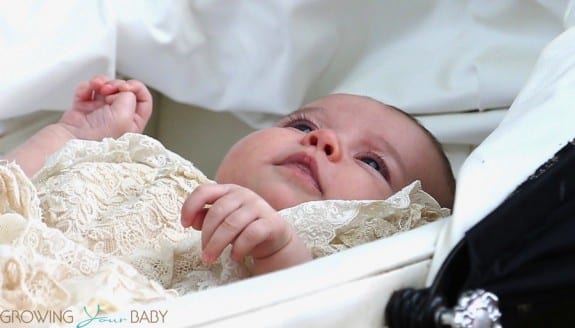 The outing is only the second time the baby princess has been seen in public, and the first time the family has appeared all together. 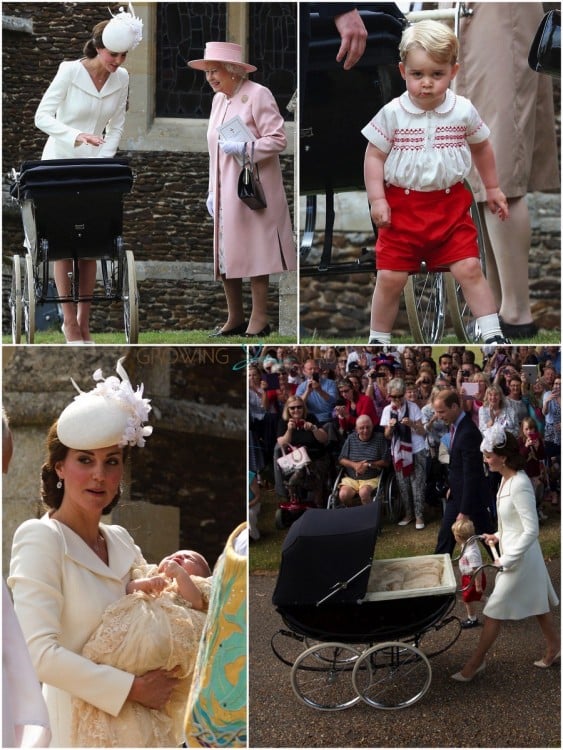 As always, Kate was gorgeous in a cream Alexander McQueen coat with a matching Jane Taylor feathered hat. 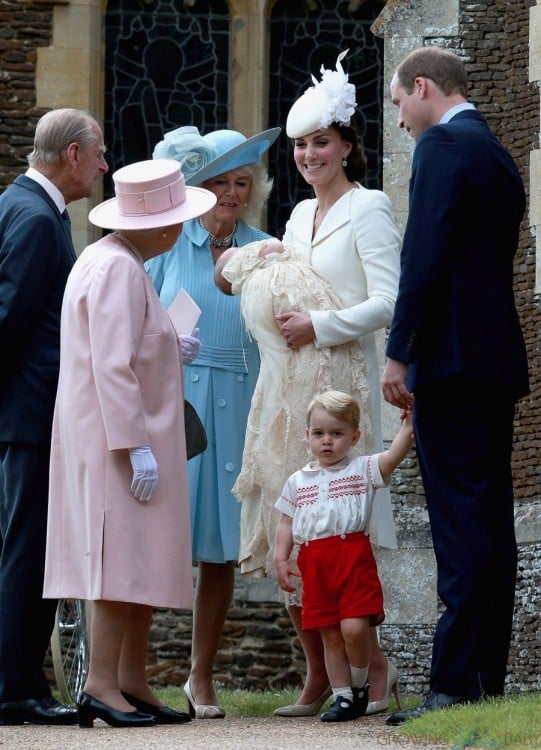 Prince George wore a red and white Rachel Riley outfit that closely resembled the outfit William wore to the hospital when Prince Harry was born. 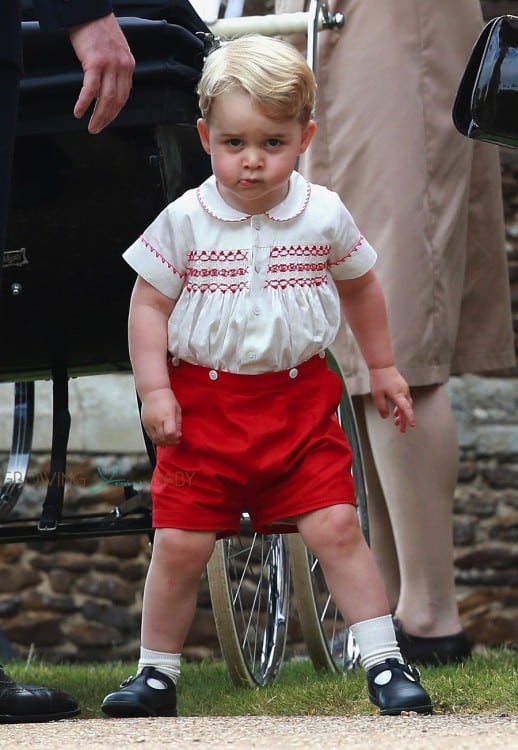 Ahead of the ceremony Kensington Palace revealed the Duke and Duchess had chose five of their closest friends and relatives to be Charlotte’s Godparents.  They were named as Diana’s niece Laura Fellowes, Kate’s cousin Adam Middleton, William’s best friends James Meade and Tom Van Straubenzee and Kate’s friend Sophie Carter.