Members of the Royal Family were photographed arriving at the celebration of life and work of His Royal Highness Prince Philip, Duke of Edinburgh, at Westminster Abbey on Tuesday 29th March 2022.

William and Kate were among the family who arrived at the service. They accompanied their two oldest children, Prince George, and Princess Charlotte. 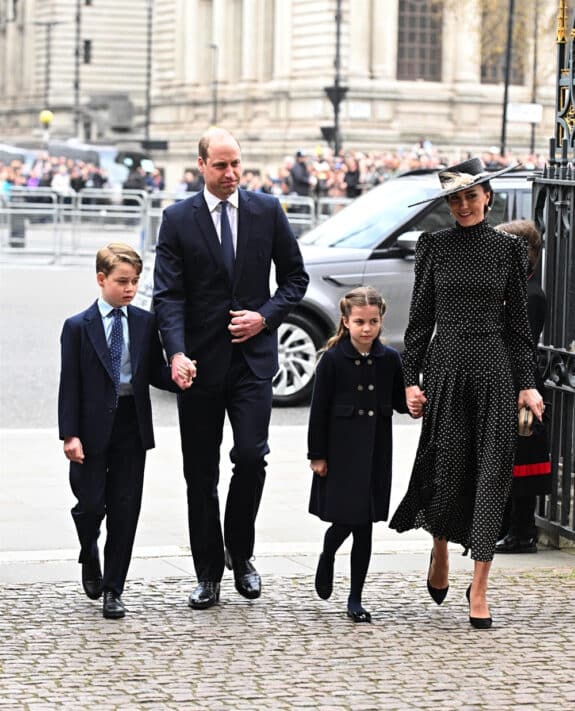 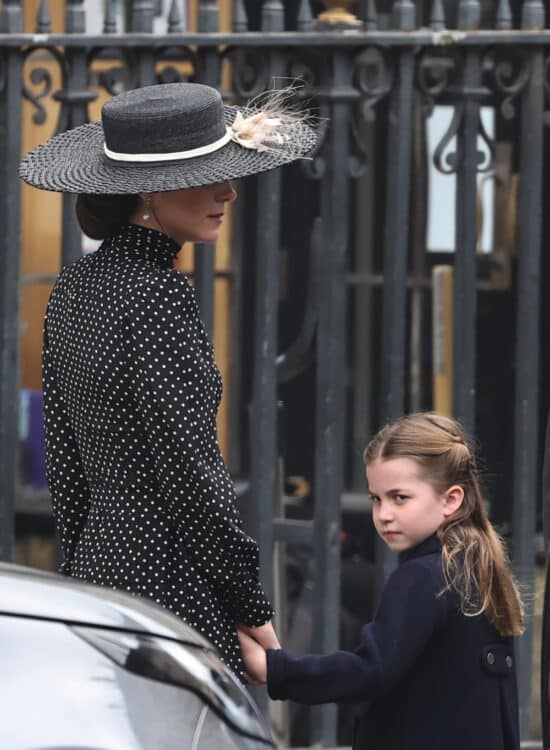 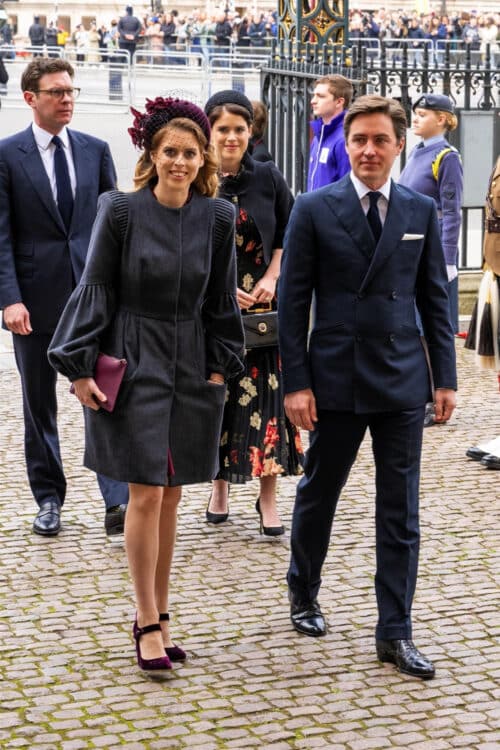 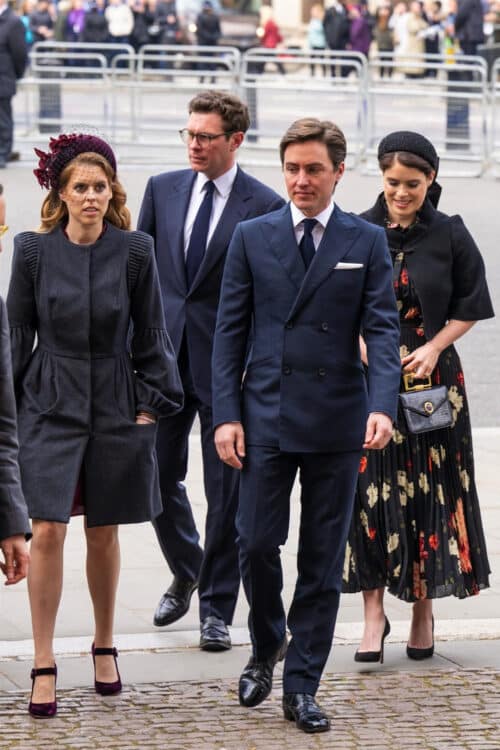 Charles and Camilla arrived with the Dean of Westminster, the Very Reverend Dr. David Hoyle, who conducted the service. 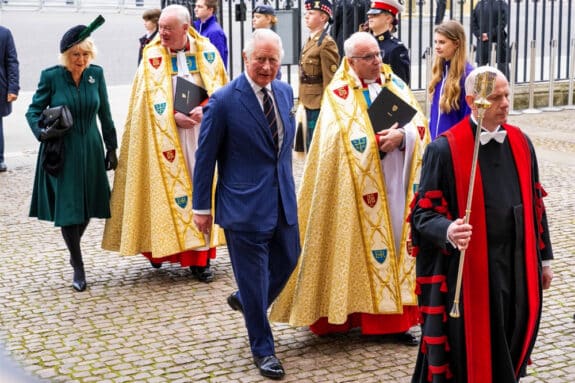 Lady Louise and her brother James, Viscount Severn attended the memorial with their parents Sophie Countess of Wessex and Prince Edward. 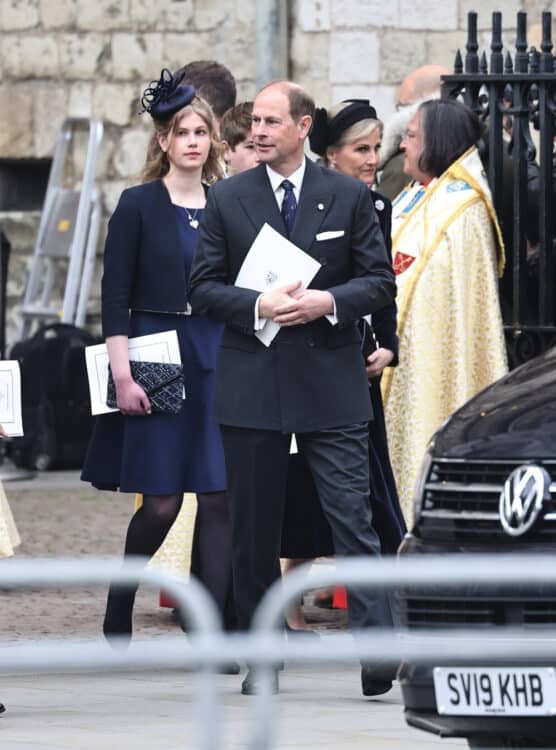 Also among the congregation were members of overseas Royal Families and Prince Philip’s wider family and friends; Armed Forces Service Chiefs; the British Prime Minister, the Rt Hon Boris Johnson MP, and members of the Cabinet; the First Ministers of Scotland and Wales; and more than 500 representatives of The Duke of Edinburgh’s patronages and charities.

The guest list for Prince Philip’s funeral was reduced last due to covid concerns.  Today’s service was a chance for everyone to come together and celebrate his life.

HRH The Queen and the Duke of Edinburgh were married at Westminster Abbey on 20th November 1947, and they celebrated anniversaries including their Silver, Golden, and Diamond Wedding anniversaries with services in the Abbey. 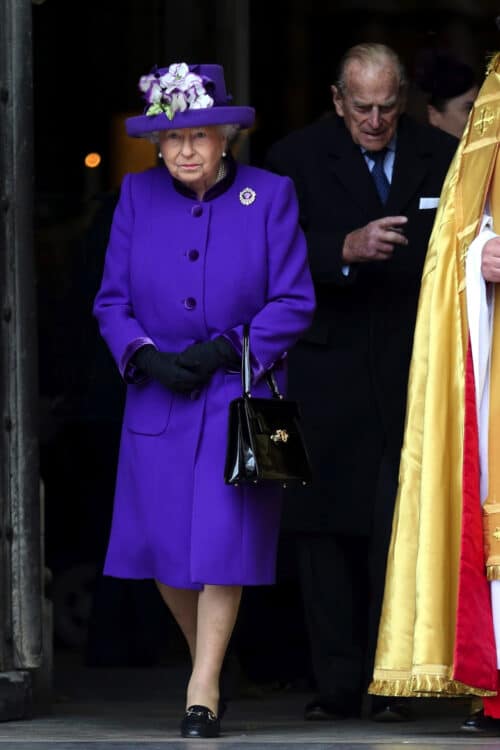 As they left William and Kate stopped to speak with the Reverend before getting into their car. 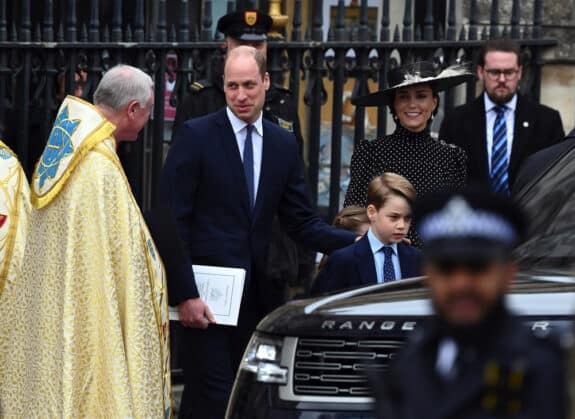 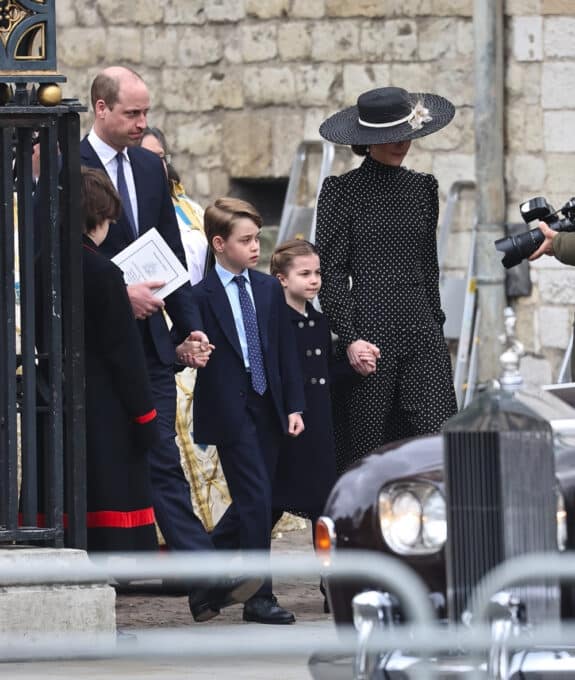 The only senior Royals who were not in attendance were Prince Harry and Meghan Markle. Prince Harry had spoken out about not having access to enough security for his family to be able to make the trip.