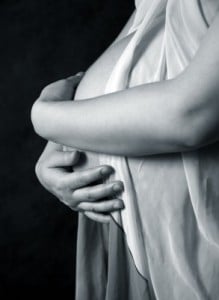 A low cost hormone treatment appears to be able to help some women with high-risk pregnancies to carry their babies longer, an encouraging study has found. If applied by women during pregnancy reduces the chances of pre-term birth to almost half.

The Detroit based national study was conducted by Dr. Roberto Romero at 45 medical centers worldwide and has been published online in the journal Ultrasound in Obstetrics and Gynecology.

Dr. Romero pointed out that while 40 weeks of gestation period was said to be a normal pregnancy duration about 12 percent of US babies who were born before 33 weeks die during birth or within the first year. The babies who were born early also most of the times had physical or mental disabilities and other health related complications, which amounted to $26 billion in medical care each year.

But the study provides new hope that the rate of preterm births can be controlled in future.

Dr. Romero is chief of Perinatology Research Branch of the National Institutes of Health in Detroit. The present research was an extension of an earlier finding by his team that showed that the length of a woman’s cervix is a good predictor of which women are at risk of having a baby prematurely. They found that if a women had a cervix measurement of 10 to 12 millimetres her chances of delivering early were 1 in 2.

Dr. Romero now believes that the present finding will encourage more doctors to measure the cervix of expectant moms and give them the gel if they seem to fall in the category of delivering early.

Watson Pharmaceuticals of Corona, Calif is already making changes in the name of its gel sold in the name of ‘Crinone’. It hopes to submit a federal application and re-label the gel to ‘Prochieve’ to target women at a risk of premature births. Presently it is used by women who undergo fertility treatments and need to sustain their pregnancy till full term.

This low-cost gel might just prove to be that little miracle that helps a women carry her baby to full term and let the baby gain all the strength inside his mother’s womb.