It’s that time of year again when all of the baby gear manufacturers show off what they  have been working on all year! Never one to sit back and coast, Quinny will be introducing new strollers.  Not due to be released until spring 2012, the new Quinny Yezz and Quinny Moodd buggies are causing a real buzz in Germany at the Kind + Jugend show. 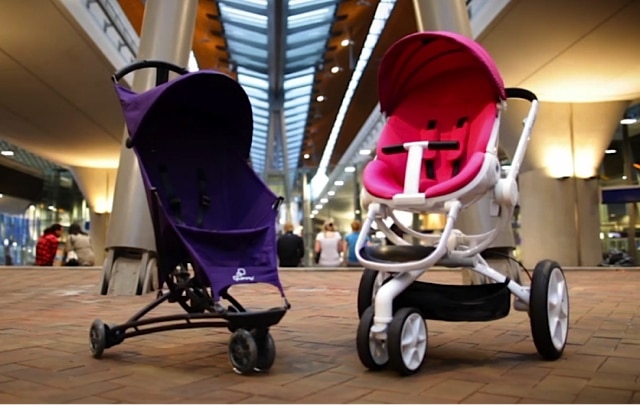 The new Yezz will be one of the lightest pushchairs on the market, weighing in at just 5kg. The eye-catching design features an unusual new handle stem, which makes the pushchair very compact when folded. It is easy to sling across a shoulder when folded and the compact design may make it easier to carry than longer umbrella strollers. 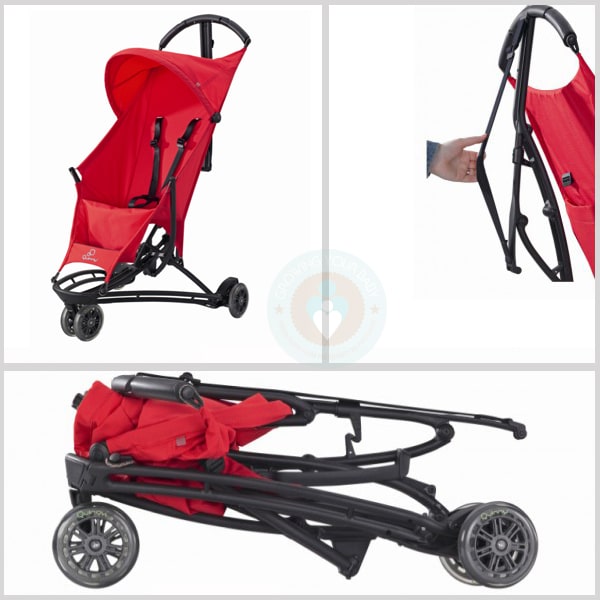 The new Moodd travel system is similar to Quinny’s Buzz, featuring the same hydraulic folding system, but in an improvement to the Buzz design, the Moodd can be folded from the handle rather than the front of the pushchair. Adhering to the current pushchair zeitgeist, the frame is a distinctive black, but a white frame is also available. There are eight jewel-toned fabrics to choose from. 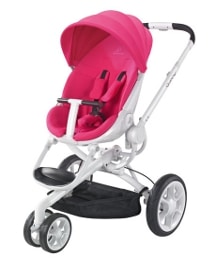 The travel system can be used with Quinny’s other new release, a foldable carrycot and Maxi-Cosi group 0+ car seats. 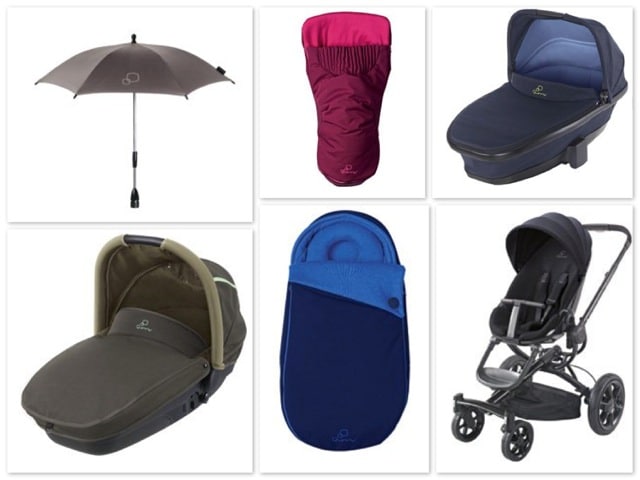 WhichUK says that parents should expect to see the Quinny Moodd hitting stores in December 2011 or January 2012, and the Quinny Yezz to follow in spring 2012.

I will have the chance to see if these strollers will be coming to North America next weekend and will post pictures of both strollers close up after that meeting.