Rachel Zoe enjoyed a low key day out with her husband Roger Berman and son Skyler in LA on Thursday. 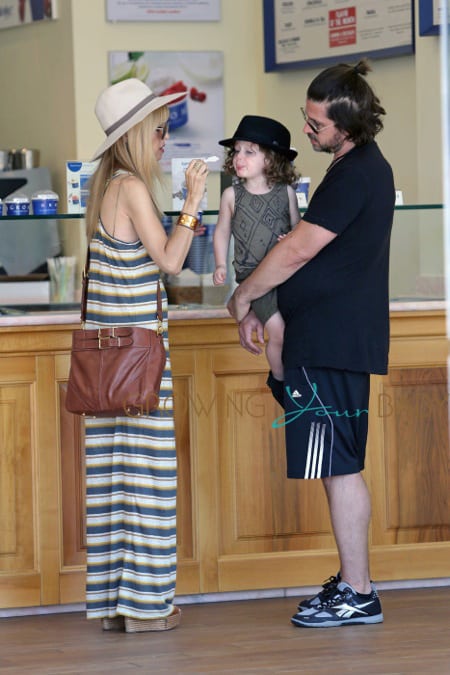 The family was photographed having some gelato before spending some time together sitting in the park. 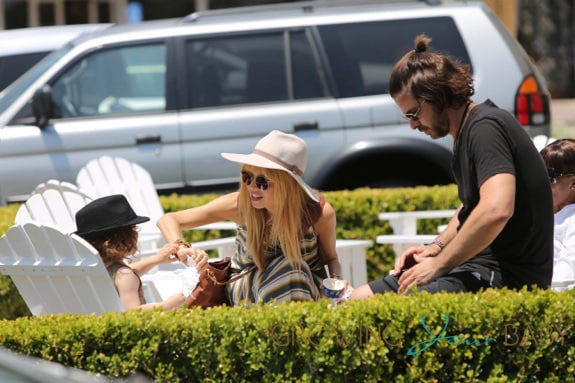 Skyler was trendy in an olive top and short, black moccasins and a black felt hat.  The toddler also wore some tape on his forehead to protect a cut. 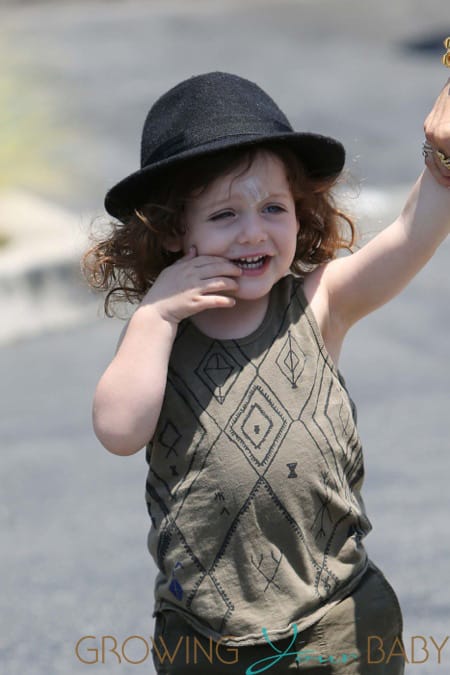 It had been widely reported last month that Rachel was pregnant with her second child. While being congratulated by a photographer, Rachel denied the pregnancy asking,

“Who said I was pregnant?”

“You’re not pregnant?” the pap said. Zoe shook her head “no.”

I guess US Magazine’s exclusive source is mistaken…