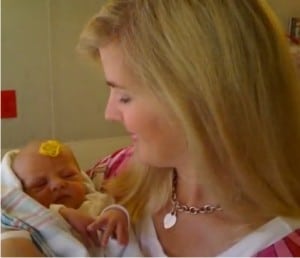 Could you imagine giving birth and not being able to hear anything around you?  This is what happened to Utah mother Heather Simonsen after she delivered her third child.

Going deaf during childbirth is not a common phenomenon and Heather was horrified to realize that she had lost her hearing when her baby had arrived.

During her first pregnancy Heather’s hearing had dulled and her left ear hearing had vanished completely after delivering her second child.

Heather said, “’It’s very discombobulating and disconcerting. I didn’t know what was wrong.’

It was later known that the new mom was actually suffering from a rare genetic disorder called Otosclerosis, a hearing problem that affects the third ear bone.

She recalls how during each pregnancy her ears felt clogged and sound would come and go. She went to consult an ear, nose and throat specialist who said that she was losing hearing in her left ear and may need hearing aids soon.

In August last year though when she delivered her third child, doctors came to speak to her and she could not hear anything. 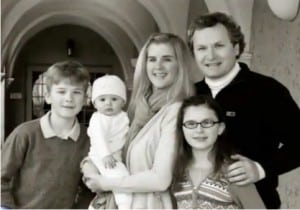 Her doctor recommended she see a surgeon at the University of Utah, who diagnosed her.

It was then that it was found that Heather had the rare condition where her third ear bone had fixed with the surrounding bones, not able to vibrate to sound anymore. Her pregnancy and birth had made the condition worse.

‘We don’t know why it happens more with pregnancy, but we have found a relation with, for whatever reason, in patients who already have the problem of hearing loss, it seems to be accelerated during pregnancy,’ said Dr. Kevin Wilson, an Otolarngologist with the University of Utah.

In Heather’s case she only came to know of the condition when she got pregnant but doctors say that the condition is fairly common but rarely heard of. Many who do have the genetic defect, may not show severe enough symptoms to test and diagnose the problem.

In fact, 10 percent of the population may suffer from the condition and it is more common in young women. 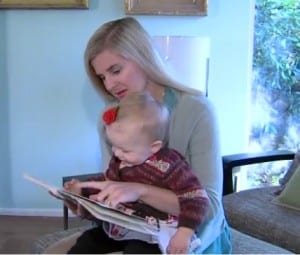 The option was to use hearing aids or to have the surgery with 90 percent success rates. Heather opted for the operation.

The mom of three is finally over the moon for being able to hear her children.

‘I can hear better than I’ve been able to hear in probably a decade,’ she described. ‘Even hearing her cry is wonderful because I know I can respond.’

Doctors say that the symptoms for otosclerosis are hearing loss, occurring slowly at first but which continues to get worse, and ringing in the ears; tinnitus.

The ways to detect it are a hearing test, and a special imaging test of the head called a temporal-bone CT, which may be used to rule out other causes of hearing loss.