Home » Rebecca Gayheart and Billie Play At The Park!

A pregnant Rebecca Gayheart with all smiles yesterday afternoon while out at the park in LA with her daughter Billie Beatrice. 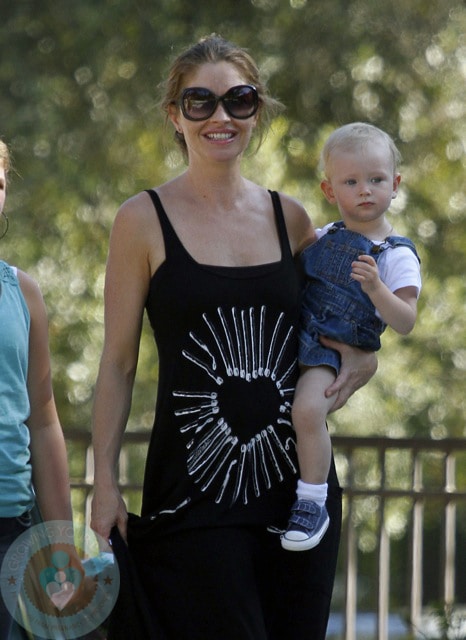 The girls had a great time playing in the sand, on the swings and going down the slide.

After weeks of speculation a source close to the family confirmed that the actress and her husband Grey’s Anatomy star Eric Dane were expecting their second child.

Delighted about the news, Eric recently talked about the impact having a child had on his wife, saying:

‘I don’t know if there’s any change more significant that a human being can make than that of a woman become a mother. There’s no change more dramatic.’