Rebecca Gayheart and daughter Billie Beatrice were spotted heading to a friend’s house yesterday in LA. 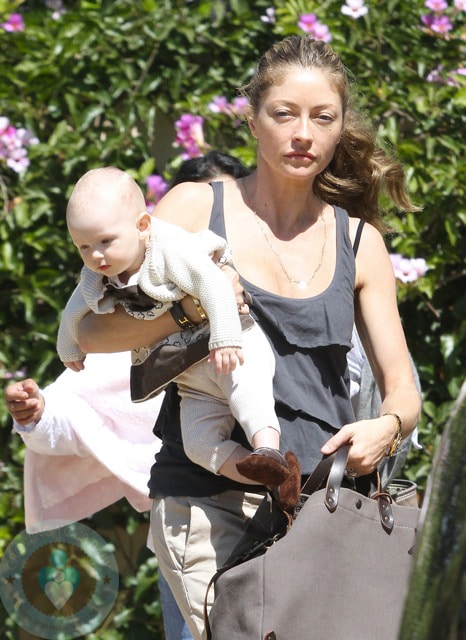 It’s been a while since we’ve seen this little cutie and she was dressed to impress!  Billie wore a brown printed dress, leggings and a pair of soft soled shoes that had her name embroidered on them.

The pair were followed by dad Eric Dane who arrived minutes later to join the party.