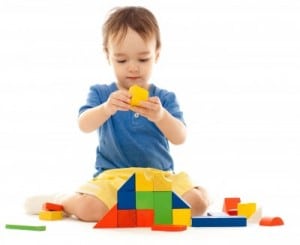 Former studies have already determined that there is a defective gene in children with autism, but at the time, researchers had been unable to determine its effects on the neurons in the brain. A new study believes that it may have found the answer.

According to a study published in the online journal PLoS ONE, the defective gene actually disrupts energy use in neurons. This disruption is thought to be responsible for antisocial and prolonged repetitive behaviors – two of the most commonly seen characteristics in people and children diagnosed with autism.

“A number of genes and environmental factors have been shown to be involved in autism, but this study points to a mechanism – how one gene defect may trigger this type of neurological behavior,” said Cecilia Giulivi, Professor of molecular biosciences in the UC Davis School of Veterinary Medicine, and researcher affiliated with the UC David MIND Institute, who conducted the study. “Once you understand the mechanism, that opens the way for developing drugs to treat the condition.”

For the study, researchers altered a gene called pten in lab mice so that their neurons would be deficient in the gene. Approximately four to six weeks after birth, they noticed malfunctioning mitochondria in the mice. By the time the mice had reached 20-29 weeks (comparable to the early teenage years in humans), they started to exhibit repetitive grooming behaviors and were avoiding contact with other mice.

“The antisocial behavior was most pronounced in the mice at an age comparable to humans to the early teenage years, when schizophrenia and other behavioral disorders become most apparent,” said Giulivi.

Researchers on the study said that the defective pten proteins interact with the protein of a second gene (p53) and reduce the amount of energy produced in the neurons. This, in turn, causes harmful mitochondria DNA changes and abnormal levels of energy production in two areas of the brain responsible for cognition and social behaviors, the cerebellum and hippocampus.

“The defective gene appears to disrupt neurons’ use of energy, the critical process that relies on the cell’s molecular energy factories called mitochondria,” Giulivi said.

Pten protein mutations have also been linked to autism, formerly, as well as Alzheimer’s disease. Funded by the Autism Speaks Foundation, the MIND Institute, the Elsa U. Paradee Foundation, and the National Institute of Environmental Health Sciences, the study may help open up doors for treating repetitive and antisocial behaviors in children and adults with autism.