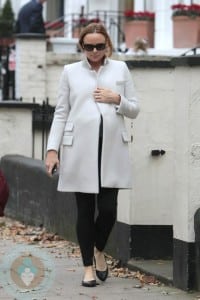 Congratulations to Stella McCartney and husband Alasdhair Willis on the arrival of their fourth child.

Details are limited at this point, but Stella is said to have had her baby at The Portland Hospital in London after going into labor on Tuesday. She reportedly delivered by an emergency cesarean after there were complications during delivery.

No details on the baby are yet known, but this would be the seventh grandchild for Paul McCartney. This latest arrival for Stella and husband will join Miller, aged 5, Bailey, aged 3 and Beckett, aged 2.

It was just earlier this week that it was revealed that Stella didn’t plan to take maternity leave following the arrival of the new baby as she is in the middle of working on her latest collection.

“Stella is going to get straight back into the swing of things after the birth.”

Have those plans changed now with the early arrival of the new addition?  We will report more details as soon as they are released!