Former studies have shown that ‘pregnancy brain’ is more than just a figment of a mother’s imagination. In fact, decreases in learning and memory in pregnancy, as well as a slight shrinking of the brain have all been found in previous research projects. All of this may go back to normal, but researchers believe that these changes all serve a purpose. 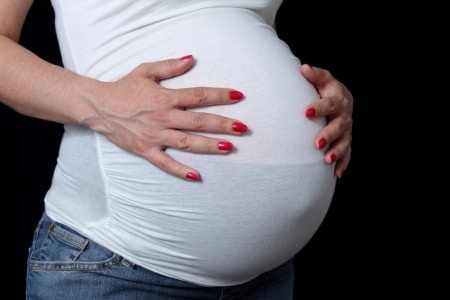 Now a new study shows that the purpose of ‘Baby Brain’ may rest in the cognitive requirements of new mothers. That these changes are, in fact, preparing us for motherhood. This new study may also explain part of the reason that women become so sensitive and emotional during pregnancy, and at least some of the reason as to why mothers with postpartum depression struggle in connecting with their newborns.

“Our findings give us a significant insight into the ‘baby brain’ phenomenon that makes a woman more sensitive during the child bearing process,” Dr. Victoria Bourne, from the Department of Psychology at Royal Holloway, told Medical News Today. “The results suggest that during pregnancy, there are changes in how the brain processes facial emotions that ensure that mothers are neurologically prepared to bond with their babies at birth.”

This information comes after Bourne and her colleagues assessed the neuropsychological activity of 39 pregnant women and new mothers as they observed baby faces with either positive or negative facial expressions. The study used images of faces divided into two separate sides. One side was neutral. The other half was emotive. Known as the chimeric faces test, researchers say this test helps them observe which side of the subjects’ brain is being used to process either the positive or negative emotions.

According to the team, pregnant women employed more of their right brain than new mothers did. This was found to be especially true when interpreting positive facial expressions.

“We know from previous research that pregnant women and new mothers are more sensitive to emotional expressions, particularly when looking at babies’ faces. We also know that new mothers who demonstrate symptoms of postnatal depression sometimes interpret their baby’s emotional expressions as more negative than they really are,” Dr. Bourne said. “So, in the final stages of pregnancy, the brain is becoming more strongly lateralized so that any increased sensitivity to facial emotion is established by the time the baby is born.”

This may actually help with the monitoring of baby’s emotional state, Bourne said. However, she added that there was not a control group of women without children to help them determine this theory for certain.

For now, they are working on setting up such a control group, as well as moving forward with more that will help them unravel the processes behind such changes. If all goes well, they may gain a better understanding as to how changes like these help mothers bond with their babies.