Sound machines are often used by parents who live in loud urban areas, or in homes where there is a lot action constantly going on. Designed with a variety of melodies or white noise, these portable players have become a godsend for some parents who have trouble getting their babies to sleep. 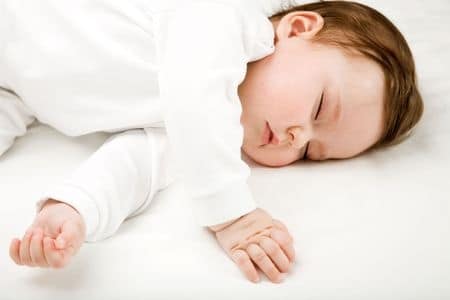 But today, a new study suggests that some noise machines have the ability to produce sounds so loud they could potentially damage infants’ hearing, and hinder auditory development.

“These machines are capable of delivering enough of a dose over a period of time to theoretically cause hearing loss, but that’s not been tested,” said the study’s senior author Dr. Blake Papsin, who is affiliated with the University of Toronto and the Hospital for Sick Children in Toronto.

While makes and models of the machines were not named researchers only said they are “widely available in the United States and Canada.”

In NICUs staff set a noise equivalent of 50 decibels on average over the course of an hour the study notes, while Canadian and U.S. occupational health and safety authorities have recommended a workplace limit of 85 decibels over eight hours for adults.

Three of the infant sleep machines in this study had outputs greater than 85 decibels. Researchers theorize that if these sound devices were played continuously for an eight-hour period, “infants would be exposed to sound pressure levels that exceed occupational noise limits” for that time period for adults.

An infant’s ear canal is smaller than an adult’s, so in babies higher-frequency sounds are amplified.

The intensity of sound is important to consider.  Parents should ensure the machine is only as loud as “a soft shower,” Dr. Karp told CNN.com, and keep them at least a foot (30 centimeters) away from the child’s head.

He also says the sound machine should be on for the entire duration of sleep, because otherwise the baby will have more disturbances in the middle of the night.

The research team stressed that the study didn’t prove that the devices cause hearing loss, but rather that it could happen.

To prevent this Dr. Papin suggests that parents keep the machines as far away from the crib as possible and set it to a low level.

He said he’d also like to see manufacturers put warning labels on the devices and perhaps develop new models with timers to limit noise exposure.