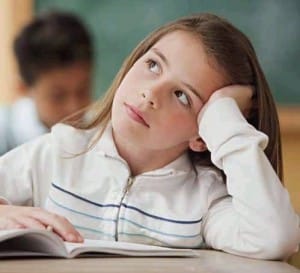 Statistics indicate that approximately 7% of school-aged children are affected by the neuropshychiatric disorder ADHD. Studies have shown genetic tendencies for the condition and symptoms are varied in type and severity. Doctors and scientists are still at a loss when it comes to what actually causes ADHD, but a recent study has linked four possible genes to the condition.

Researchers were looking for copy number variations, otherwise known as CNVs – deletions or duplications in the DNA chain sequence. Once the preliminary findings were compiled, the team then compared another 2,500 children with ADHD to 9,200 children without the disorder.

Four genes were identified in the ADHD group. All four genes were glutamate receptor genes. GMR5 was found to be the most common. Glutamate, the common factor in all of the genes linked with ADHD, is a protein that helps transmit signals between neurons in the brain. These are otherwise known as neurotransmitters.

“Members of the GMR gene family, along with the genes they interact with, affect nerve transmission in the formation of neurons, and interconnections in the brain, so the fact that children with ADHD are more likely to have alterations in these genes reinforces previous evidence that the GRM pathway is important in ADHD. Our findings get to the cause of ADHD symptoms I a subset of children with the disease,” says study leader Hakon Hakonarson, M.D., Ph.D.

But the gene link wasn’t found in all of the children diagnosed with ADHD. It is, however,  a major contributory factor in 10% of ADHD cases.  Dr. Hakonarson believes the research is a major breakthrough that could trigger ‘further research and subsequent discoveries of ADHD-related genes along the GMR signaling pathways’.