Ryan Gosling was spotted touching down in Atlanta, Georgia on a private jet with his wife Eva Mendes and kids Amada and Esmeralda on Monday October 16, 2017. 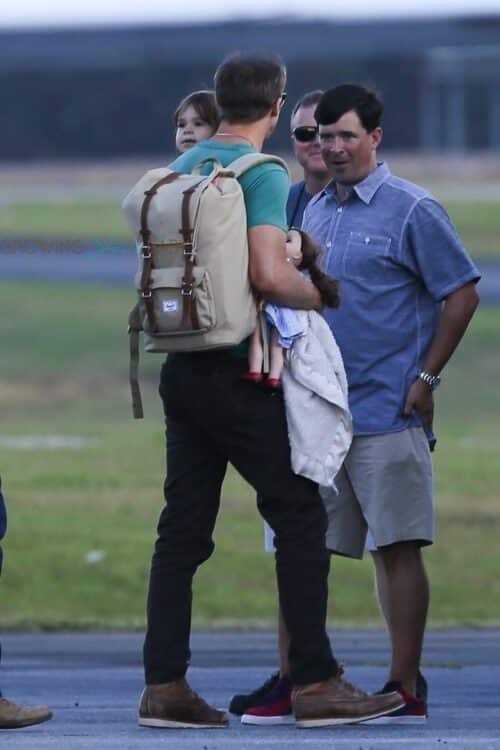 The actor carried Esmeralda in his arm along with a blanket, stuffie and a baby doll. 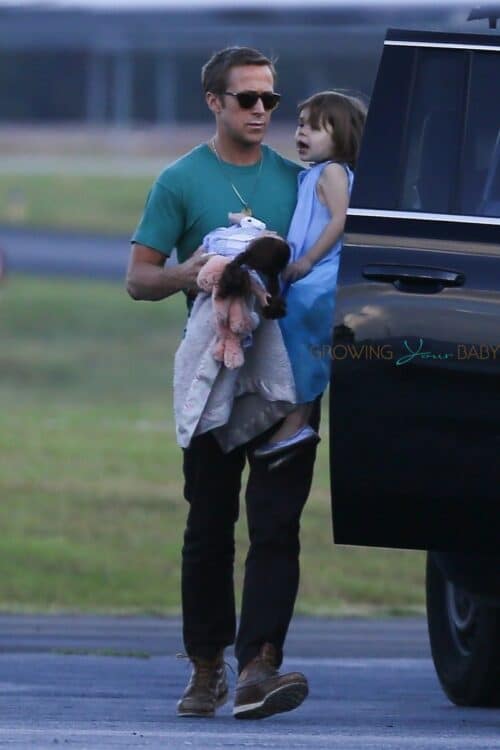 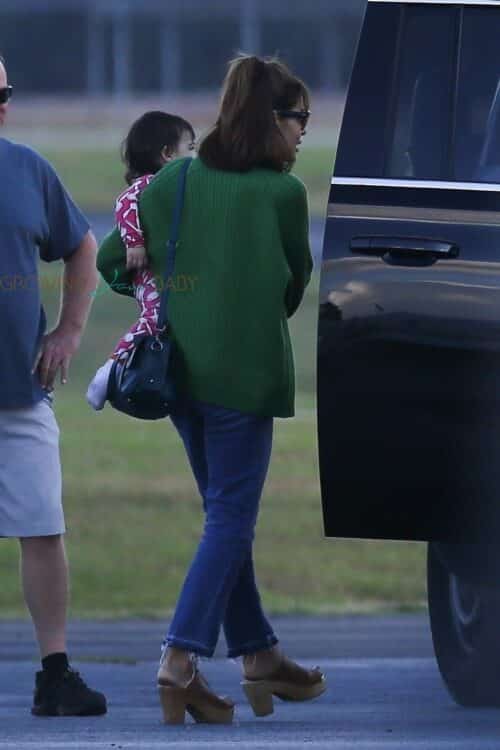 During a recent interview Eva revealed her family has a lot of influence on her girl’s upbringing.

“Esmeralda mostly speaks Spanglish right now,” The actress told People.com. “It’s really cute. She’s definitely bilingual, and it’s really important for us to make sure that she’s not only just familiar with the language, but also with the culture. My mom, who lives 15 minutes away, makes it is easy because she speaks to the girls in Spanish and cooks them Cuban food. And we’re always listening to Cuban music. It really is a big part of our way of life. I wouldn’t have it any other way.”

The family is in Atlanta while Ryan prepares to film “First Man,” a biopic about astronaut Neil Armstrong.