And babies make 8!  Life is about to get a little busier for Guillermina and Fernando Garcia.  On Sunday the couple, who are already parents to an 18 month little girl, welcome five tiny babies. 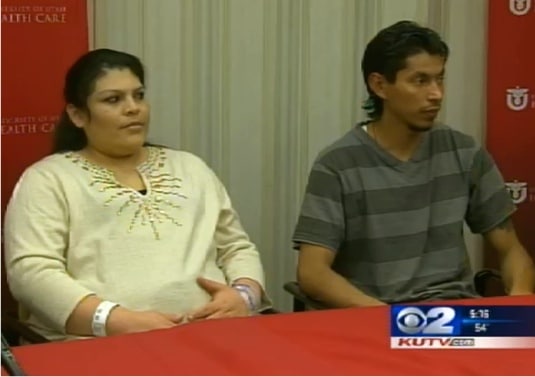 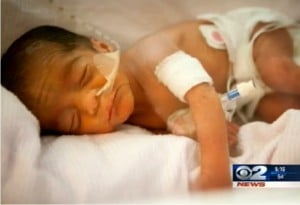 A team of eight doctors and dozens of nurses at Salt Lake City’s University of Utah Hospital were on hand to deliver the three girls and two boys named Esmeralda, Fatima, Marissa, Fernando and Jordan, via cesarean section.

“We feel like we’re dreaming,” said Fernando Garcia in Spanish at a news conference covered by the AP on May 28. “It’s incredible that we have five.”

The babies were born at 31.5 weeks weighing between 2 to 3 pounds each.   They are expected to have to stay at the University of Utah hospital in Salt Lake City for another six weeks.

“It went very smoothly. They are remarkably well. The three little girls are off oxygen, breathing on their own, and actually starting feeding through a tube,” said Dr. Elizabeth O’Brien with the Newborn Intensive Care Unit. “The little boys are needing a little bit more help with breathing. Nothing unexpected.”

The AP reports that the babies were conceived using fertility drugs.  To increase the chances of a longer pregnancy Guillermina spent the two months on bed rest at the University of Utah hospital. The onset of hypertension and preeclampsia forced doctors to take the babies over the weekend.