Sarah Jessica Parker was all bundled up on Tuesday as she walked her girls to school in the New York snow. 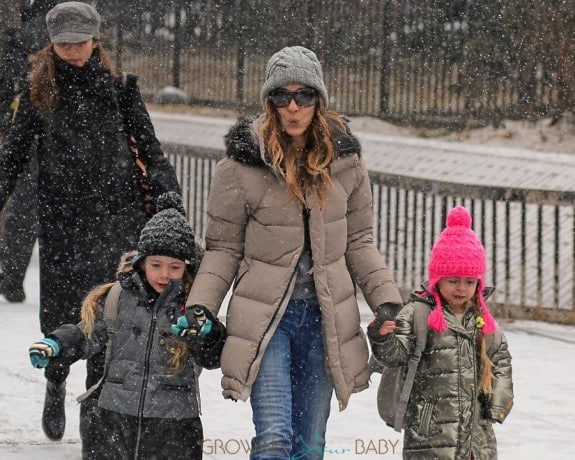 Marion was content walking beside her mom, but Tabitha insisted on being carried for part of the trip. 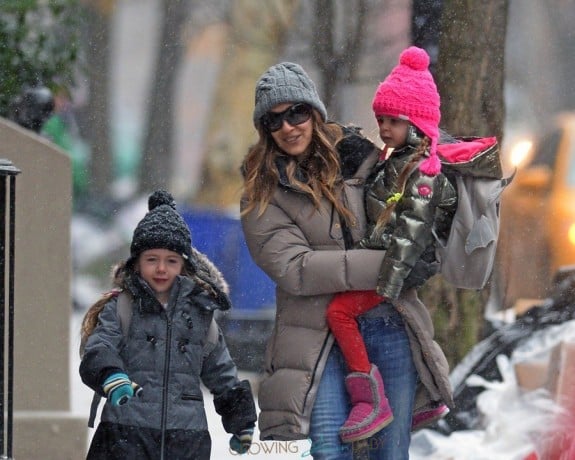 Eleven years after Sex and the City ended its run, Sarah is reportedly in talks with HBO to star in and produce a new pilot called Divorce The Hollywood Reporter said this week,

“Divorce centers on a middle-aged woman (Parker), who, influenced by her two recently single friends, impulsively brings up the idea of divorce with her husband but then can’t decide whether to actually go through with it — until her husband discovers the affair she’s been having and calls the marriage off. ”

Since SATC’s end Sarah has only been on television a hand full of times.  If picked up, our fingers are crossed that the new show find its way into HBO’s Fall line up!