Home » Sarah Jessica Parker Strolls In The City With Her Girls

Sarah Jessica Parker was all smiles while out and about with her daughters Tabitha & Marion in New York City on Friday(October 23, 2015). 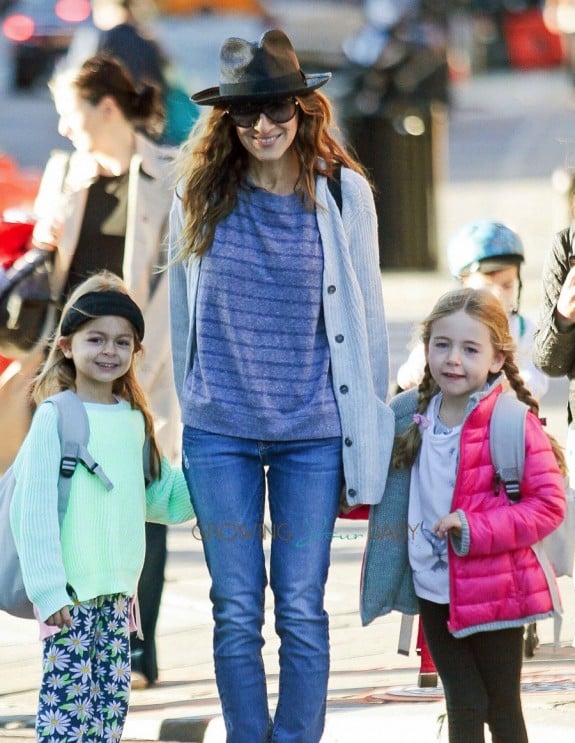 The “Sex and the City” star held her daughter’s hands as they skipped through the city.    The girls showed off their individual style with Marion wearing a puffy jacket and black leggings, while Tabitha opted for a green sweater and floral pants.

In between filming her new HBO show, Divorce, Sarah has been busy travelling to promote Ripley, for whom she has become the new face.

Her new TV show is scheduled to hit the small screen in 2016 and we can’t wait to have her back on tv every week!