Britney Spears‘ boys Jayden James and Sean Preston appeared to be having a blast at the beach in Rio this afternoon with grandpa Jamie Spears. 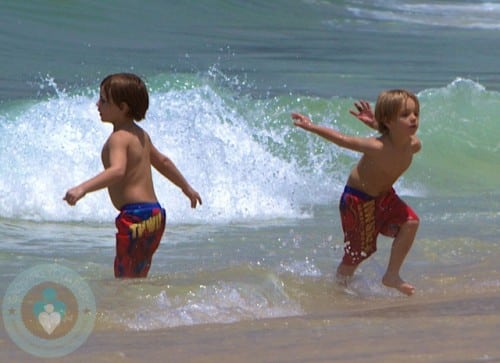 The boys, who wore matching Spiderman bathing suits, played in the surf and ran around in the sand. As expected they arrived some serious muscle and were under the watchful eyes of both grampa and a nanny.

The singer, who wasn’t present for the fun in the sun, is in Rio for the last leg of her tour Femme Fatale. She will play 2 dates in Brazil before moving on to Argentina, Chile and Peru. Britney has been on the road since June and has only been off for a couple days here and there since then. The tour will close in Puerto Rico on December 10th, which is just in time for her to get ready for the holidays.