Home » Season of Birth May Affect Allergies in Kids 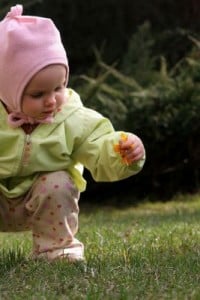 A baby born in Spring may not look much different from one born in Winter but according to a Finnish study, the season of birth can later decide the type of food allergies a child is going to get.

The scientists studied 6,000 children born between 2001 and 2006 in southeast Finland. Of these 1,000 were tested for sensitivity to food allergies by the age of 4.

The reason for this, according to the researchers, was the presence of pollens. It was found that levels of birch and alder pollen peaked during April and May and if the first three months of fetal development of the baby coincided with these months they were 3 times more likely to become allergic to milk and eggs than kids in the same stage of development in November and December.

They think that as the fetus starts to produce antibodies to allergens at 11 weeks and then to specific allergens at 24 weeks, they became more susceptible to the allergens of the season. An allergic type response apparently is necessary for a pregnancy to continue, and in some cases this continues after birth.

Previous research has also shown that kids born in the fall or winter are more prone to wheezing and eczema, and have higher levels of antibodies to allergies than kids born in spring and summer.

The researchers conclude that kids whose early gestational period falls in the pollen season for broad-leafed trees are “more prone to sensitization to food allergies than other children.”

“We found a higher incidence of positive results in food allergy tests among children born in October or November than among those born in other months,” and that the “incidence of such results was particularly high and especially pronounced for milk and egg among children who had their 11th gestational week in April or May, the season during which the concentrations of pollen from birch and alder are highest in the area concerned,” which was in the southeast area of Finland.

The research was specifically related to environment pollen presence and the development of food allergies in kids. It is believed to be first of its kind and more studies may show more concrete evidence of relation between season of birth and allergies among children. – Atula, Staff Writer