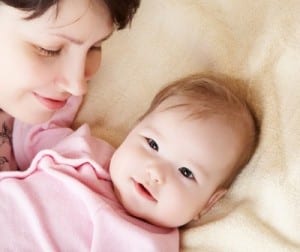 For years many women have believed that becoming a mom was the cause of a scrambled brain or ‘reduced brainpower’. But now, a new study, published by American Psychological Association, suggests that this life changing event could actually enhance your brain function and make it grow.

The research conducted by lead neuroscientist Pilyoung Kim, found that right after birth, there were many hormonal changes occurring in the female body including increase in estrogen, prolactin, and oxytocin. These changes combined with mother’s enhanced motivation and emotions, made the brain more susceptible to changes and made it grow in response to the baby.

According to neuroscientists Craig Kinsley, and Elizabeth Meyer the traits of motherhood and the natural act to protect and take care of the baby might be less of an instinct and more to do with the active brain building going on in mothers.

The researchers performed magnetic resonance imaging(MRI) on the brains of 19 mothers who had delivered at Yale-New Haven Hospital. Of these 10 were mom to girls and 9 had been blessed with boys. Their average age was 33, they were all breastfeeding, none had serious postpartum depression and some had elder kids.

A comparison of the images taken at 2-4 weeks and later at 3-4 months after birth showed that the gray matter area of these women had increased during that time. The areas affected were those that support maternal motivation, reward and emotion processing, sensory integration, and reasoning and judgment .

In adults this kind of change does not occur so significantly unless there is major learning, brain injury or illness, or major environmental change.

Another interesting discovery of the research was that those women who were more enthusiastic about their baby, considering them special, beautiful, ideal etc. were more likely to develop bigger mid-brains.

The authors wrote in their paper,

“The intense sensory-tactile stimulation of a baby may trigger the adult brain to grow in key areas, allowing mothers, in this case, to “orchestrate a new and increased repertoire of complex interactive behaviors with infants. Expansion in the brain’s “motivation” area in particular could lead to more nurturing, which would help babies survive and thrive physically, emotionally and cognitively.”

Although the study is being considered primitive, it gives way to new areas of research especially to  those that include fathers. Lead scientist Kim also feels that it can be extended to include adoptive mothers to really know if the mother-child bonding behaviour changes the brain or the brain changes the behaviour or both occur simultaneously.

They also noted that postpartum depression might be occurring in few mothers because of reduction of the same brain areas that showed growth in other moms. But further study is needed to verify the theory.

Scientists who have done similar research with animal brains agree that more needs to be done in this area to understand whether increased brain volumes are due to growth in nerve cells themselves, longer and more complex connections between them, or bushier branching in nerve-cell networks.

In the meantime, mothers can happily gush about their kids, assured that it will also boost their brain power! – Atula, Staff Writer