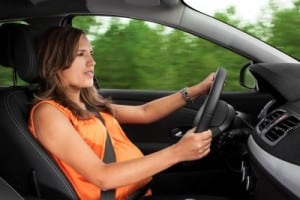 It is proven now. Seatbelts do more good than harm during pregnancy. A new US study suggests that expectant moms who are not wearing seatbelts during accidents are more prone to losing their pregnancy than those who wear them.

For expectant moms, it is sometimes a concern that seatbelts and airbags may harm their growing babies. But the new study, which was conducted by a Duke University Medical Center researcher suggests otherwise.

In a study published in the American Journal of Obstetrics and Gynecology researchers say that seatbelts are good for the mother as well as the baby inside the womb.

“One thing we’re always concerned about is (educating) patients on seatbelt use,” said senior author Haywood Brown, the chair of Obstetrics and Gynecology at Duke University Medical Center. “Nonetheless, like all individuals, some choose and some do not choose to wear their seatbelt.”

The researcher and his team set out to find if more pregnant women preferred not to use seatbelts by searching the trauma registry of Duke University Hospital.

“The worst thing you can do is have the mother get hurt, and the best way to protect the mother and protect the baby is to have the mother wear a seatbelt,” said Kathleen DeSantis Klinich, a researcher at the University of Michigan Transportation Research Institute, who wasn’t part of the study.

The American College of Obstetricians and Gynecologists says that seatbelts should be worn at all times with the lower belt fitted across the hipbone down the belly.

The researchers also found that most women who were found not wearing seatbelts were first time mothers. Brown says that most mothers with children have a habit of buckling kids for their safety and are therefore more cautious about using seatbelts while they were pregnant.

Also, the study noted Airbags came out in 17 of the accidents. In these cases the mother was more likely to experience the placenta separating from the uterus – a condition that can be fatal for the mother or the fetus.

“I think the airbag is a function of how severe the crash was, so it’s hard to ease out whether that had any direct effect on fetal demise,” said Catherine Vladutiu, a researcher at the University of North Carolina who was not part of the research. “I would err on the side of (considering it) an indicator of crash severity.”

Brown said that it was also not a good idea to disable the air bag if you are having a baby because that could only lead to a serious injury to the mother in case of an accident.

“The bottom line is, you’ve got to wear your restraint because it decreases the risk not only for your injuries but injury to your child,” Brown said.

When the mother is protected, it automatically protects the child too.

They also offer these guidelines for wearing a seat belt