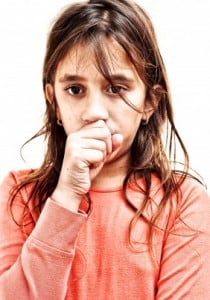 According to the latest statistics, children are exposed to secondhand smoke more often than adults: 60 percent of all 3 to 11-year-olds and more than 18 million children between the ages of 12 and 19. Experts know that secondhand smoke is bad, and that it increases a child’s risk of developing certain health conditions, including respiratory illnesses, like pneumonia and bronchitis. Unfortunately, no one was really sure why this happened. A recent study sought to find the answer.

The study was conducted by study leader Dr. Julie Menella from the Monell Chemical Senses Center in Philadelphia, and her colleagues. Former studies have indicated that adults who smoke have a damaged cough reflex, making them more susceptible to respiratory illnesses; researchers hypothesized that the same rang true for children exposed to secondhand smoke.

To test their theory, Menella and her colleagues recruited 36 healthy children between the ages of 10 and 17 years of age; 17 had been exposed to smoke in the home, 21 had never been exposed. Researchers then gave each of the children nebulizer treatments that were filled with capsaicin (the burning ingredient in chili peppers, and a potent chemical often given to illicit coughing). Increasing amounts were given until the children gave two coughs. Researchers deemed this the “cough threshold.”

“Cough protects our lungs from potentially damaging environmental threats, such as chemicals and dust,” Mennella said. “Living with a parent who smokes weakens this reflex, one of the most vital of the human body.”

“This study suggests that even if an exposed child is not coughing, his or her respiratory health may still be affected by secondhand smoke,” said study co-author, Dr. Paul Wise.

Study authors are currently seeking funding to determine if the cough reflex impairment in exposed children is reversible and how (or if) this relates to the age when secondhand exposure stops.

Researchers are also planning to conduct further experimentation to help determine whether or not the impaired cough reflex in exposed teens makes smoking experimentation less unpleasant, which may account for some of the reason that these teens are at a higher risk of smoking than teens not exposed to secondhand smoke.