Selma Blair was photographed heading to a playdate with her son Arthur on Thursday. 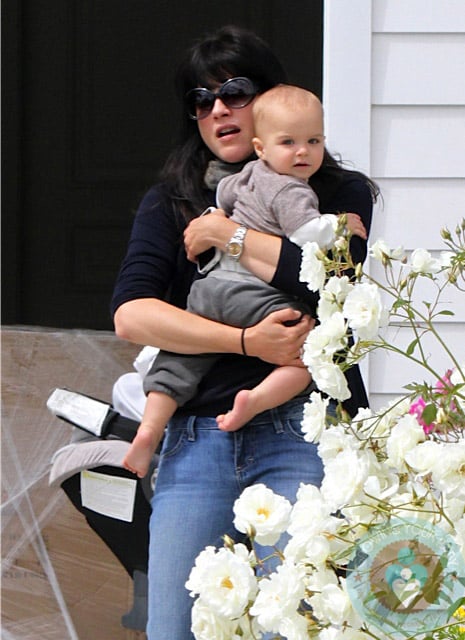 Enjoying motherhood, Selma recently admitted that she is “really obsessed” with her son, and considers herself lucky that she was able to spend most of his infancy at home with him.

“I never want to leave his side,” she says. “I’m one of those hovering mothers and I know it’s really important to have an independent child, so I’m trying to back off, but it’s hard. I love him so much, and he’s so funny and cute to me.”

In March the actress joined the Get Real For Kids campaign, an initiative aimed at providing ‘practical advice on how and why we should feed our children local organic foods, heal our kids from the inside out, and parent in a way that allows them to thrive.’

Admitting that she didn’t eat well growing up Selma cut out sugar and gluten and it made her pregnancy ‘really euphoric’. Now, she is dedicated to ensuring sure that her son, Arthur, grows up healthy.

My baby’s diet is mostly my diet, because I’m still breastfeeding. I’ve just started to introduce him to solids and making my own purees. I haven’t bought any store-bought baby food, but he loves broccoli and peas and squash and apples in the teething net. Making your own baby food is so simple – Beaba is a little cooker that purees the vegetables and steams them at the same time. You’ll have to be careful, especially with peels. Once, I steamed a sweet potato with the skin on and almost choked my child – you learn as you go. Saint loves avocado, and he might stick with it until he’s one.