Home » Should Fetal Damage from Alcohol Consumption Be Considered a Crime?

In an appeal court in the United Kingdom, lawyers are arguing that a little girl, now age 7, is entitled to payments from the Criminal Injuries Compensation Authority(CICA) because of the severe damage she suffered due to her mother’s excessive drinking while pregnant—an act that attorneys say is equivalent to attempted manslaughter.

It is a test case, one that raises questions about whether or not drinking during pregnancy could be considered a criminal act, and if a child is legally an individual—a debate that is controversial, at best, and ugly, at worst. And there are at least another 80 cases just like it; all of the children involved suffered from fetal alcohol spectrum disorder, and all are awaiting an outcome. 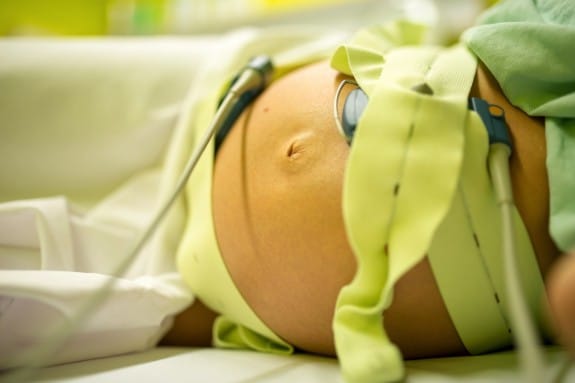 In this particular case, the court heard about how the mother had been warned several times by her social worker, as well as antenatal medical staff, that her heavy alcohol consumption could harm her growing baby. But she’d been drinking since the age of 13. And by the time she was 17, we was drinking significant amounts of alcohol each day. She also took cannabis, LSD, and amphetamines regularly before becoming pregnant with her first child at 18. She told her social worker that she’d stopped using drugs, but she continued to drink through both her first and second pregnancies.

“She was seriously addicted to alcohol by the time she conceived [her second child]. She explicitly discussed with her social worker on two occasions the danger of drinking excessively,” John Foy ZC, for the local authority in the north-west of England, told court of appeal. “She was drinking an enormous amount. It was, on her own account, half a bottle of vodka and eight cans of strong lager daily. That amounts to 40-57 unites of alcohol a day. The [health] guidelines from NICE (the National Institute for Health and Care Excellence) are that 7.5 unites may damage a fetus.”

And it is because of that excessive consumption that Foy is calling the mother’s actions constituted the crime of poisoning under section 23 of the Offenses Against the Person Act 1861.

“It’s not disputed that the mother administered a noxious thing, it could be described as a destructive thing, to her daughter and it inflicted grievous bodily harm on her. The child was born with fetal alcohol spectrum disorder . . . We say it’s on all fours with manslaughter.”

But the mother is not being prosecuted in this case. In fact, the mother doesn’t even have contact with her daughter. Instead, the local authority is attempting to gain support via payments from CICA to the child.

“This is not about the criminalization of women. It is about whether a fetus that is damaged in the womb but goes on to be born with life-changing injuries has been the victim of a crime within the strict definitions of the statutory Criminal Injuries Compensation Scheme,” Neil Sugarman of GLP Solicitors, representing the local authority, told The Guardian before the hearing. “It is highly unlikely to lead to prosecutions and the birth mother plays no active part in the claim process. Compensation would open up new avenues to treatments and support not readily available on the NHS, and to provide at least some improvement to the quality of life of a group of very badly damaged children and young people.”

Unfortunately, it still opens up questions as to whether or not mothers could be criminalized for drinking during pregnancy, or if they should – or if the fetus is even considered a person at all. And, despite arguments from the local authority, these questions will be at the forefront of this case. In fact, such cases have led to jail sentences for women in the United States.

“Viewing these cases as potential criminal offenses will do nothing for the health of women and their babies,” Ann Furedi, chief executive of the British Pregnancy Advice Service (Bpas), and Rebecca Schiller, co-chair of Birthrights, said. “There is a strong public interest in promoting the good health of pregnant women and babies, but, as longstanding government policy recognizes, this interest is best served by treating addiction and substance abuse in pregnancy as a public health, not criminal, issue.”

Yet, according to Ben Collins, for CICA, no compensation will be given to the child unless it can be shown that the individual has suffered a crime of violence. Since a fetus is not treated as a person in either criminal or civil law, that would null and void any acts that could be considered criminal.

“A pregnant woman who eats unpasteurized cheese or a soft boiled egg, knowing there is a risk that ti could give rise to a risk of harm to the fetus,” could, potentially, find herself accused of a crime by this reasoning, Collins said.

Though the debate is touchy, and the potential ramifications are vast, we do hope that a solution is found to care for these high needs children—be it through the courts or through another sect of special funding. Because, at the end of the day, that is what we are talking about—not a fetus, but a child that must live with a severe life-long developmental disability.