Simon Cowell was all smiles as he arrived at LAX airport on Wednesday with his partner Lauren Silverman and son Eric. 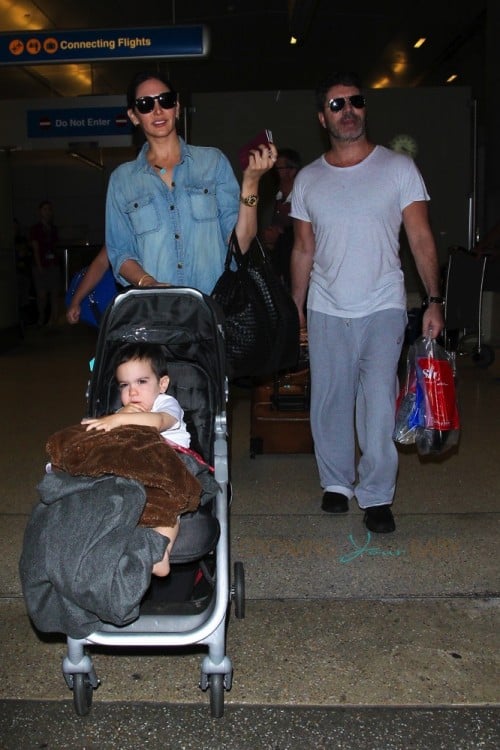 The music producer kept it casual in track pants, which he paired with his signature white tee. Eric was bundled up in a blanket as he rolled through the airport. 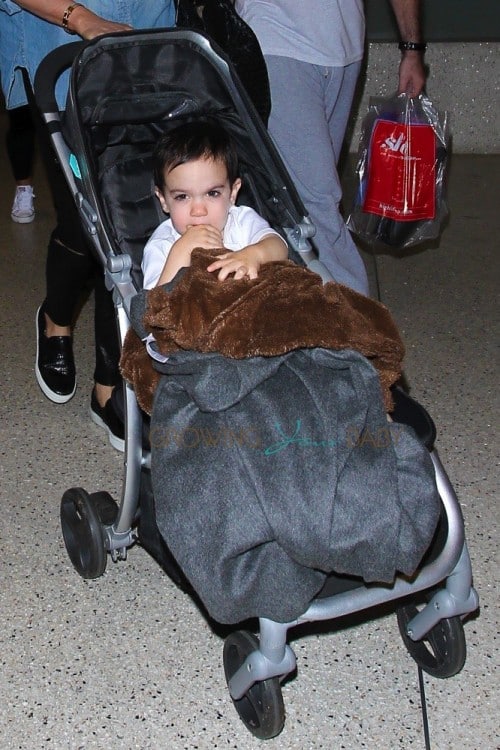 Simon and Lauren have spent a good portion of the year in the UK where Simon films the X Factor.  The show is currently in its 12th season, but it doesn’t start filming the live shows until October 31st.  This gives the Cowells a couple weeks to enjoy the sun & surf in California before heading back to London!