Home » Camila Alves Steps Out With Her Kids in NYC 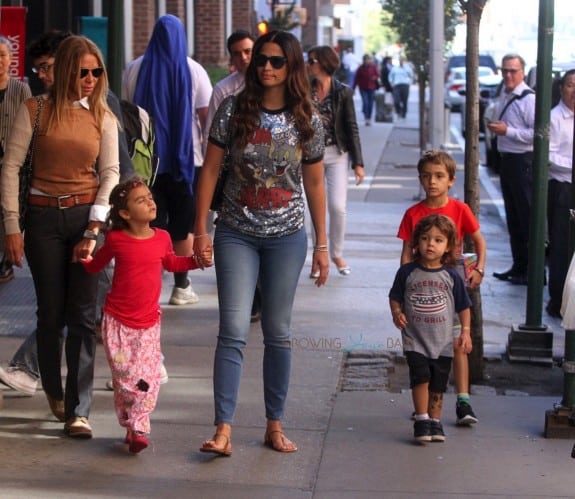 The model mama added some sparkle to her stroll with a sequin Tom and Jerry shirt.  Camila was joined by a friend as her crew made their way through Tribeca. 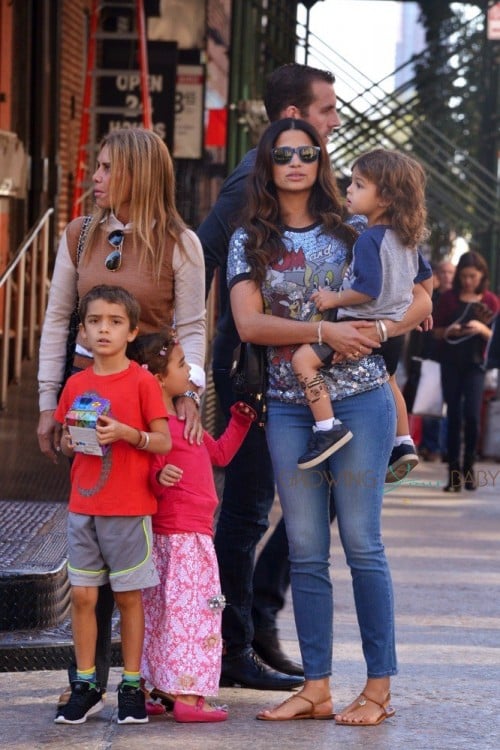 The McConaugheys are calling New York City home for the next couple weeks while Matthew films Gold, which centers around the Bre-X scandal.

The actor has added some weight to his normally fit frame for the part and shaved the middle of his head to resemble his balding character Kenny Wells.  It’s a big change for the star, who has been named the sexiest man alive in the past! 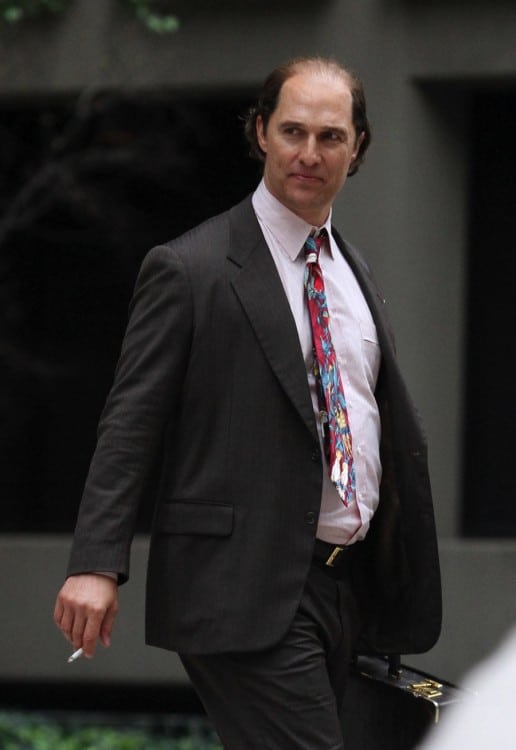