It was a daddy day out for tiny Eric Cowell on Sunday. The newborn was spotted at the trendy Beverly Hills eatery – The Ivy being cradled by his famous father Simon Cowell. 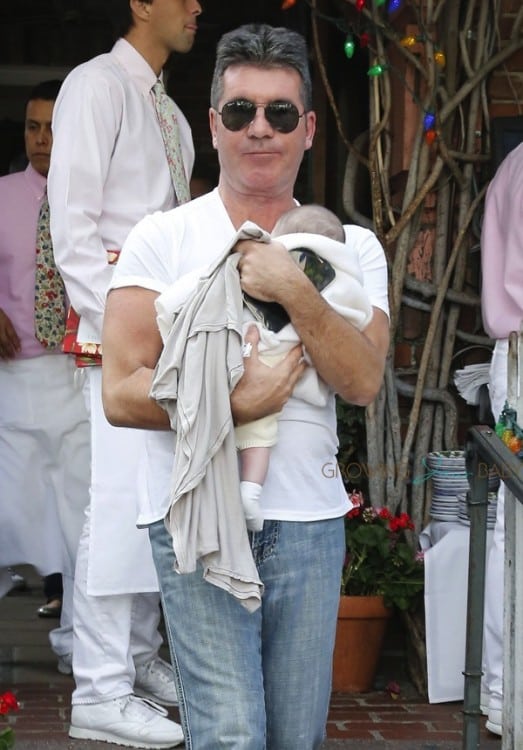 No strollers needed for this outing. Simon chose to just carry his little guy in his arms as he made his way to an awaiting Rolls Royce. 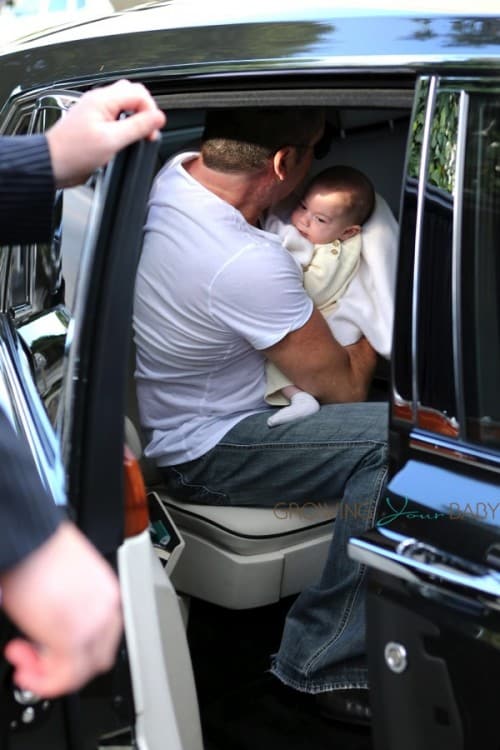 The popular eatery has been a favorite spot for the music mogul for many years.  He also has been spotted there almost everyday for the past week.

Simon and his partner Lauren Silverman have been in LA for just over a week with their son.

Even though the eighth series of Simon’s show Britain’s Got Talent has begun airing overseas, the live shows don’t start until next month.  So it appears the family has some time to soak in the beautiful California sun before they need to return to London!

Until then we will enjoy seeing him out and about with his little guy.