Two sisters from Mount Horeb, Madelyne Meylor, 20, and Olivia Meylor, 19, have filed suit against the makers of the Gardasil vaccine, saying that it has cause them to stop ovulating. 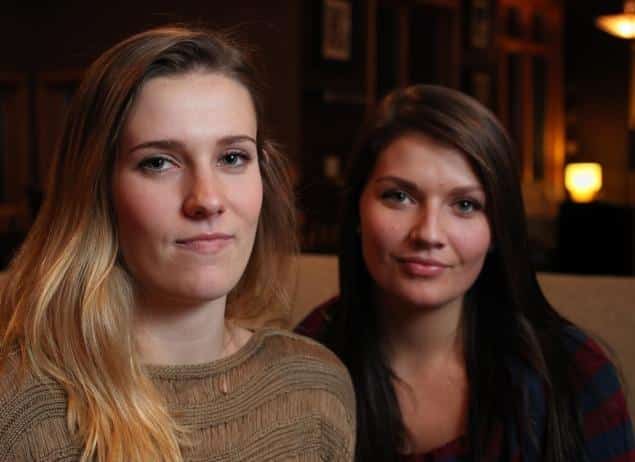 Designed to prevent human papilloma virus – a sexually transmitted disease, both HPV vaccines (Gardasil and Ceravix) have been around for quite some time – Gardasil since 2006 and Ceravix since 2009. Both have sparked quite a bit of controversy. In fact, the recommendations for vaccinating girls at the age of 11 has been enough to make even some of the most liberal parents squeamish.

For some parents, it’s not the idea of protecting their daughters; it’s the idea of protecting them at such a young age. Granted, 11 does seem a bit young to start talking about sexually transmitted diseases, but the reality is that some of these girls may not be as far from being sexually active as their parents might like to think. Undoubtedly, this idea stirs up some pretty big feelings in parents.

But age isn’t the only controversial topic; there are some who feel that the vaccine encourages promiscuity at a young age. What’s more, this concerned group fears that young girls will take it one step further and assume that the protection from the vaccine voids the need for protection during intercourse.

Then there are concerns over whether or not the vaccine will even provide protection on into the age in which young women will truly need it – during their teen years and early twenties. Though there has been some discussion about recommending a booster, this still hasn’t become common practice.

But of all the controversies discussed, the most concerning is the fact that there are some who believe the vaccine is dangerous, possibly even fatal – a concern that has only been supported by some interesting developments. For example, two young girls died of a rare neurological disorder – an early and accelerated form of ALS, or Lou Gehrig’s disease – after receiving the vaccine. And the CDC has recently examined 35 other deaths that have occurred among the 35 million young people who have received the vaccine. Then, more recently, Madelyne and Olivia’s case made its way to the National Vaccine Injury Compensation Program, a special court established to handle claims of harm from vaccinations.

According to Madelyne and Olivia’s attorney, Mark Kruger, theirs is the first allegation of its kind to make it into a hearing with the courts. Both women told the Wisconsin State Journal that they believe the vaccine made them stop ovulating, and is causing them to go through premature menopause. They are certain that, because of the vaccine, they will never be able to conceive.

“I’ve always wanted a huge family, but I don’t know if that will be possible,” Madelyne told the Wisconsin State Journal.

Both women were tested for three possible genetic causes for their condition. All the results came up negative, which basically means that genetics are not responsible for their current condition. However, the vaccine’s maker, Merck and Co., is saying that the evidence isn’t enough to support a relationship between the condition of the two women and the vaccine they received.

Both the Centers for Disease Control and Prevention and the Food and Drug Administration are backing up Merck and Co., saying that the vaccines are safe and have few side effects (none of which are early menopause). What’s more, it is estimated that the vaccine can help prevent many of the 18,000 cancers in women and 8,000 cancers in men – including throat cancer and cervical cancer.

Unfortunately, it is something that parents can’t avoid talking about and dealing with. The reason the vaccine is recommended at such a young age is because health experts are hoping to ensure that young girls are protected long before exposure ever takes place because, unlike some other STD’s, there is no cure for HPV, and once you’ve been exposed, it stays with you for life.

What are your thoughts on the vaccine? Do you think that experts are recommending it too young? Why or why not? Whose decision should it be when it comes to deciding whether or not to get the vaccine? We’d love to hear your thoughts.