Breastfeeding can be difficult, even for a seasoned “veteran.” Each nursing experience is unique experience. Each postpartum period has its own set of challenges. Even life can be dramatically different from one baby to the next. Yet, for all those challenges, for all those differences, there may be one special moment – what experts are calling the “golden hour” – that could help ease the stress, frustration, confusion, and difficulty that both mothers and babies may experience while nursing. 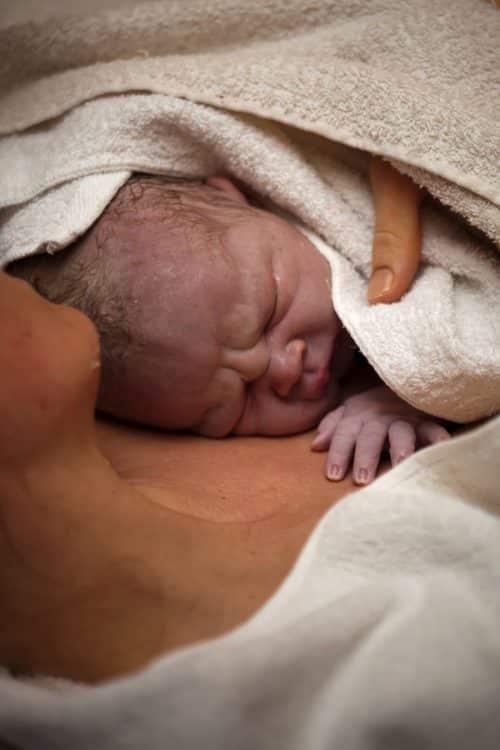 This “golden hour” is the first hour after birth, a time when the baby will instinctively move up toward the mother’s breasts to latch on if they are given skin-to-skin contact. Experts believe that it is the timely response to this instinct that may alleviate some of the issues often experienced while breastfeeding. Nursing during this time also reportedly helps infants to feel less stress immediately after birth.

“You want to catch them in the first hour, when they are wide awake, moving around and interested in latching on and sucking, because after that, they crash. So that hour is what they call the golden hour,” said Elizabeth Moore, from Vanderbilt University. “After the first hour or two, stress hormones I the baby from being born recede and the baby gets really, really sleepy.”

Moore and her colleagues had conducted a review of 46 different clinical trials on breastfeeding outcomes of nearly 4,000 women to see just how important the purported golden hour might be for moms and babies. In the end, they found that women who had skin-to-skin contact with their babies during that time period were much more likely to exclusively breastfeed for at least a month after birth. They were also 50 percent more likely to be nursing when their child was six months old.

“The evidence from this updated review supports using immediate or early ski-to-skin contact to promote breastfeeding,” the review states. “This is important because we know breastfeeding helps babies avoid illness and stay healthy.”

The review also found that skin-to-skin contact had some potential benefits for babies. Those that had received this close contact within the first hour of birth often had a higher blood sugar level, which can fall dangerously low in newborns. Heart rate and breathing were also more stable, which suggests they were less stressed from the traumatic experience of birth than those that did not have immediate skin-to-skin contact with their mothers.