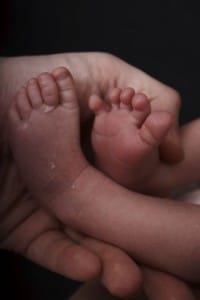 Tests were done on infants in South Africa, where fetal alcohol rates are higher than those in other countries such as Canada. Infants whose mothers drank alcohol during pregnancy were compared to those whose mothers did not drink. The researchers determined pain by observing the infant’s response to the heel prick used for screening metabolic diseases. The researchers found that even healthy infants responded differently if they were exposed to alcohol.

Mothers who drank at least 14 alcoholic drinks each week had infants who responded much differently to the heel pricks. Factors such as heart rate and facial grimaces were recorded to determine the infants pain response. The limited pain responses may lead to complications later in life. “This study is the first to document a relationship between prenatal alcohol exposure and biobehavioural responses to a noxious event in human newborns,” according to the researchers involved.

Previous studies done on adults have shown that exposure to alcohol during pregnancy leads to anxiety, depression and aggression later in life.

The study was funded by UBC Child and Family Research Institute, Wayne State University and the state of Michigan. Dr. Tim Oberlander, the pediatrics professor from UBC was one of the lead researchers involved in this study. – Summer, Staff Writer