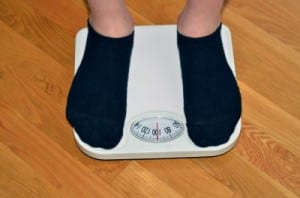 Childhood obesity has been linked to a number of health problems ranging from heart disease to diabetes. But obesity may affect more than just the body; it may affect the mind. The report, published in the journal Pediatrics, takes a serious look at how the dramatic increase of obesity in America’s children may be affecting their intelligence and academic performance.

In a recent study, researchers from New York University School of Medicine and the Nathan Kline Institute for Psychiatric Research, New York, found that obese children and children with metabolic syndromes (a cluster of health problems that include high blood pressure, elevated glucose levels, central obesity, insulin resistance and abnormal cholesterol levels that prelude diabetes Type 2) were more likely to fall behind their normal-weight peers in certain academics. They also determined that obese children may suffer from decreased brain function.

Dr. Antonio Convit, a professor of psychiatry and medicine at the NYU Langone School of Medicine and his team knew that previous studies had found a link between metabolic syndrome and congnitive deficits in adults. They wondered if this same problem existed in children.

For their study, researchers analyzed 49 teens with metabolic syndrome to 62 children without the disorder. All of the children were matched socioeconomically. When researchers compared the mental abilities of the teens with metabolic disorder to their normal peers, however, they found significantly lower scores in arithmetic, attention, attention span, spelling and mental flexibility in the children with metabolic disorders. Researchers also found lower volumes of matter in the hippocampus and white matter integrity – the area of the brain responsible for learning, memory and emotion.

Further studies will be needed to determine if brain function can be regained in teens if weight loss is achieved, the researchers say. However, based on these results, researchers suggested that doctors include therapies for improving brain function when addressing obesity issues in children because, according to their findings, obesity-associated metabolic dysregulation may cause brain complications in teenagers and in children.