Parents from all cultures, income brackets and ethnic groups have at least a small percentage of families that prefer co-sleeping. Some groups of parents are more likely to share their bed with their children and do so for extended lengths of time. This fact has presented the question as to whether or not the social skills of the child are hindered by co-sleeping. A recent study says no. 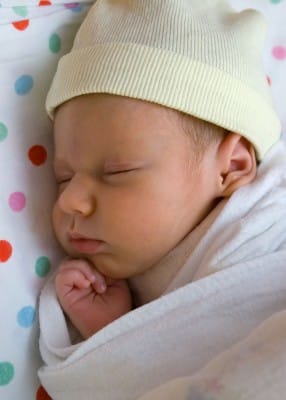 The study looked at the social skills of more than 944 children from low-income families. Half had co-slept with their mothers at some point in time between the ages of one and three. At first, there was reason for concern. The co-sleeping group seemed to be coming in behind in social development than the children who had slept in their own beds. After adding in specific characteristic filters, however, it was found that children who had co-slept during the toddler years were not hindered socially by doing so.

Other studies similar to this one have been done in the past, having the same results, but they did not include low-income families. Including this group was essential to making a definitive statement about the psychological ramifications of co-sleeping. In the words of Lauren Hale of Stony Brook University School of Medicine in New York, the leader of the study, “Parents can do what works best for their family and not feel guilty if they choose to bed-share because there probably aren’t any lasting impacts.”

It should be noted, however, that while co-sleeping has been determined safe for toddlers, it is recommended by the American Academy of Pediatrics that children under the age of one not co-sleep for safety reasons. Numerous cases of suffocated infants have occurred in the U.S. because of co-sleeping and the AAP wants to ensure that, when practiced, co-sleeping is safe.

If you still choose to co-sleep under the age of one, keep in mind that there are co-sleeping beds that can be purchased to keep the infant safe. There are also other helpful hints that all co-sleeping parents should check out, regardless of the child’s age.