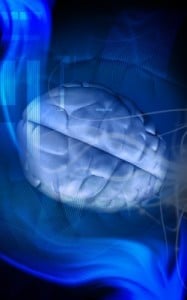 The journal, Science Translational Medicine, has published research that details some of the ways a common autism risk gene rewires the brain.

The study looked at 32 children; half with autism and half without.  Researchers used functional magnetic resonance imaging to conduct brain scans on the children while they performed learning-related tasks.  They found that the autistic children, carrying the autism risk gene (CNTNAP2), had more connections in the frontal lobe and fewer connections to other parts of the brain, than their non-autistic counterparts.

According to Ashley Scott-Van Zeeland of Scripps Translational Science Institute,

“In children who carry the risk gene, the front of the brain appears to talk mostly with itself.  It doesn’t communicate as much with other parts of the brain and lacks long-range connections to the back of the brain.”

Dr. Daniel Geschwind works with the University of California at Los Angeles and was one of the researchers involved in the study.  He believes this breakthrough will help move the field forward immensely.

“This is a key piece of the puzzle we’ve been searching for.  Now we can begin to unravel the mystery of how genes rearrange the brain’s circuitry not only in autism, but in many related neurological disorders,” Dr. Geschwind said.

But this gene is carried by many people who do not struggle with autism.  In fact, the CNTNAP2 gene is present in the DNA of one third of the population.

Dr. Geschwind stressed that, “It’s important to remember that the gene variant alone doesn’t cause autism – it just increases risk.”

Because of this fact, the research team also looked at 40 children who carry the gene but do not have autism.

“We actually saw the same pattern,” said Scott-Van Zeeland.  “Kids who carried the risk version of the gene had the same extra connections in the frontal lobe as the first group.  Of course, they didn’t have autism.”

According to Scott-Van Zeeland, researchers know that more than one gene is at work in the cause of autism.  While understanding the affects of the CNTNAP2 gene is a help, there is still a lot of work to be done before scientists understand the whole picture. – Jen R, Staff Writer