A government-funded study published in Tuesday’s Journal of the American Medical Association shows premature babies in the U.S. are more likely to survive without major complications today than they were in the past. 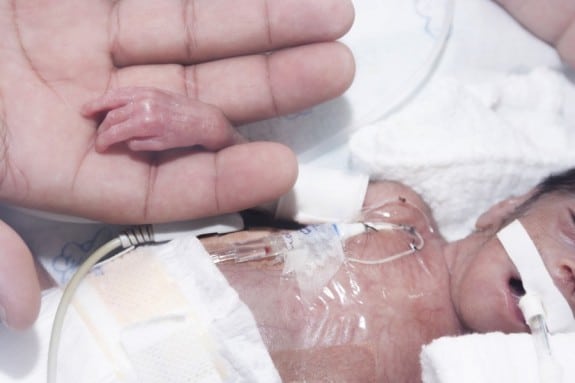 “Our findings are cautiously optimistic. Progress is being made,” said Dr. Barbara Stoll, the lead author and head of pediatrics at Emory University’s medical school in Atlanta.

The study included nearly 35,000 extremely premature babies who were born at 26 academic centers participating in a National Institutes of Health research network between 1993 and 2012.

Normal pregnancies last about 40 weeks, but these infants were born at 22 to 28 weeks of pregnancy and weighed between14 ounces and just over 3 pounds.

Findings suggest the age of viability did not change significantly during the 20 year span. 6 percent of babies born at 22 weeks lived long enough to leave the hospital in 1993, compared to 9 percent in 2012. Only 99 of the 1,550 infants born at 22 weeks survived until discharge, and only 5 of them lived without major complications.

Just a few more weeks in the womb makes an incredible difference. For preemies born at 27 weeks, the study showed that survival without major problems climbed from 29 percent in 1993 to 47 percent in 2012.

70 percent of the preemies born in 1993 survived until hospital discharge, which was sometimes months after birth, while 79 percent survived in 2012. Of course, survival rates varied by gestational age.

The rates of many conditions declined, but there was an increase in the occurrence of bronchopulmonary dysplasia . This chronic lung illness can develop in babies with immature lungs who need oxygen treatment or breathing machines.

Researchers believe improvements are likely due to changes in medical practices, such as an increase in cesarean section births, which may be gentler on fragile preemies, better infection control procedures, advanced methods for helping preemies breathe without ventilators, and administering steroids to women before childbirth to aid lung growth.

This study reveals important progress, yet there is no obvious “breakthrough therapy” emerging in coming years to help preemies survive and thrive, according to a JAMA editorial.

“An additional commitment must be made to further improvements in the decades to come,” wrote Dr. Roger Soll, a newborn infant specialist at the University of Vermont.