Home » Study: Incontinence During Pregnancy Increases Risk Of It Later 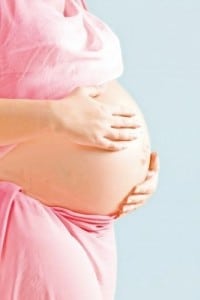 A new study finds that women who suffer incontinence problems during pregnancy are more likely than other women to have the problem after giving birth as well.

As most women know, incontinence is a fairly common pregnancy issue. The weight of the pregnancy on the bladder and the weakening of the muscles of the pelvic floor can cause embarrassing incidents when coughing, sneezing, or sometimes just moving. Now researchers from Spain have studied over 1,000 mothers and found that women who suffered with leakage during pregnancy are far more likely to also suffer with leakage after pregnancy.

Weakening of the pelvic floor during pregnancy, plus the strain from childbirth, seems to increase a woman’s chances of having incontinence after birth. Maite Solans-Domenech, of the Catalan Agency for Health Technology Assessment and Research in Barcelona, found that some interventions used during childbirth can also increase a woman’s chances of suffering incontinence later on. Using forceps or other instruments during vaginal delivery, or doing an episiotomy can increase the risks of incontinence for women.

The researchers say that gaining only the recommended amount of weight for pregnancy in addition to doing kegal exercises is an effective way to reduce the risks of dealing with leakage later on. Though vaginal birth is more highly associated with leakage, “C-sections cannot be considered solely to prevent incontinence,” Solans-Domenech said.

The study only followed women for seven weeks after they gave birth. Most women begin to see their incontinence go away within months of giving birth, making the need for a longer study to see the long-term effects. – Summer, staff writer