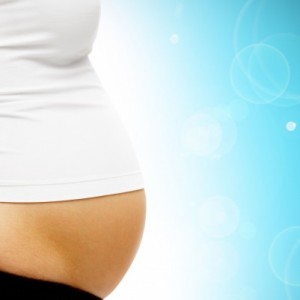 Omega-3s are important for humans of all ages and sizes. In adults, research suggests that omega-3s can help boost heart health, memory function and more. Omega-3s are thought to aide brain development in children. And during pregnancy, science says that an adequate intake of omega-3 fatty acids is crucial for healthy fetal brain development.  But can you further improve your baby’s brain and eye development while in utero by taking extra omega-3s during pregnancy?

One of the most influential studies on omega-3 benefits during pregnancy was a study from Denmark in which researchers reported that expectant women who ate more fish during pregnancy had children with greater neurological and motor development in the first few months of life. However, the study author, Dr. Sjurdur Olsen, head of the Center for Fetal Development Programming in Copenhagen, cautioned that many of the mothers who ate more fish were more educated and better off financially, which are also important factors in child development.

Since that first study, there have been a number of studies on the benefits of taking omega-3s during pregnancy; some of those studies have reported benefits while others have said there are no marked benefits to increasing omega-3 intake during pregnancy. So what’s an expectant mother to believe? Unfortunately, after conducting a review of the existing evidence, the Women’s and Children’s Health Research Institute in Adelaide, Australia says there’s just not enough evidence to give a conclusive answer to that question.

Published in the American Journal of Clinical Nutrition, the team analyzed data from 11 different clinical trials. The 5,272 participants had all been randomly assigned to take either omega-3 supplements of placebos during the last half of their pregnancies. Dosage ranged between 240 and 3,300 milligrams per day, and children’s brain and vision development were assessed from shortly after birth to age 7.

According to researchers, most of the clinical trials had too few participants to accurately analyze the subtle differences expected from nutritional studies like these. Many of the studies also excluded pregnancies in which complications were present, which may have provided greater differences, and researchers felt that the studies didn’t follow the children long enough during development to provide any definitive results.

“There are so many trials where pregnant women are supplemented with omega-3 fatty acids and they’ve all got different results,” lead author Jacqueline Gould from the Women’s and Children’s Health Research Institute told Reuters. “We found that there was neither a positive nor a negative effect on visual or neurological outcomes…Our analysis highlights that more research is needed.”

Elvira Larque, physiology professor at the University of Murcia in Spain independently studied DHA clinical trials in a 2012 study (DHA is a type of omega-3 fatty acid). In her own review, she pointed out that more research was needed on the benefits of increased omega-3 intake during pregnancy. She found that many of the trials had weaknesses, including the fact that not all DHA sources in the mothers’ diets were included. And some of the tests, like observing children while playing with a toy, were too subjective to make any real determination on how much brain function was really improved.

However, there are still may mainstream organizations, like the European Food Safety Authority and the World Health Organization, that endorse the supplementation of omega-3 supplements during pregnancy. Harry Rice, vice president of regulatory and scientific affairs at the Global Organization for EPA and DHA Omega’3s, a trade organization pointed that fact out in an email to Reuter’s.

“It’s because of the science that many organizations and government agencies around the world recommend DHA supplementation for pregnant and lactating women,” Rice said.

Dr. Olsen suggests, however, that the discrepancy between actual scientific evidence and official recommendations could have more to do with wishful thinking than concrete evidence.

“People want to have some good news,” Olsen told Reuters. “There’s a strong wish to have simple means to get strong effects.”

Either way, it should be known that, even though there may be more need for evidence, there weren’t any negative effects found with omega-3 supplementation. So, if you want to take omega3’s during pregnancy and give the whole brain development boost thing a shot, know that you shouldn’t have any adverse effects to worry about.