Home » Study: Most Moms Wait At Least Six Weeks Postpartum To Have Sex 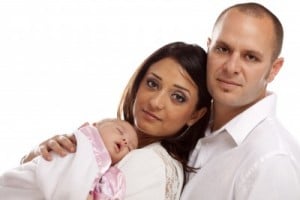 Sexual intercourse is a very important part of any relationship. For this reason, some mothers may feel guilty for waiting to have sex, or they may feel anxious when having intercourse after having a baby for the first time. According to a recent study, conducted by the Murdoch Children’s Research Institute, Australia, mothers have nothing to worry about if they decide to wait to be intimate. And, if anything, they should feel comfortable resuming intercourse when they are ready.

Published in BJOG: An International Journal of Obstetrics and Gynecology, the study used data from the Maternal Health Study, a large prospective pregnancy cohort. The sample included 1,507 first-time mothers. All data was collected via self-administered questionnaires during early pregnancy and 3, 6, and 12 months postpartum. They were asked about the method of birth as well as the timing of their first instance of vaginal intercourse after that birth.

Older mothers were found to be less likely to engage in vaginal intercourse at the 6 week postpartum mark – 40% of mothers between 30 and 34 years compared to 63% of mothers between the ages of 18 and 24. Additionally, mothers that had episiotomies or sutured tears, caesarean sections, and births assisted with forceps were more likely to wait longer than those that had non-complicated vaginal births. About 45% of women who’d had a cesarean, 35% who had a forcep-assisted birth, 35% who had a sutured tear, and 32% who had an episiotomy were engaging in vaginal intercourse by 6 weeks postpartum. This was compared to 60% of women who’d had a spontaneous vaginal birth with an intact perineum.

Because only about 10% of first-time mothers manage to achieve a vaginal birth with an intact perineum, the researchers say that it’s reasonable for the vast majority of mothers to wait to engage in vaginal intercourse. What’s more, the researchers say there’s no reason that mothers should feel any form of guilt for deciding to wait, since it is suggested that the majority of first-time mothers do wait. First-time dads may also feel more at ease in knowing that the delay of intercourse is typical among first-time moms.

“The most important finding from the study is the wide time interval over which couples resume sex after childbirth,” Associate Professor Stephanie Brown from the Murdoch Children’s Research Institute, Victoria, Australia, lead author of the study, told Medical News Today. “Most couples do not resume sex until after 6-8 weeks postpartum, and many delay much longer than this. This is useful information for couples to know before their baby is born, and may help reduce feelings of axiety and guilt about not resuming sexual activity sooner.”

It’s also worth noting that it’s often recommended that women wait at least six weeks after delivery before engaging in vaginal intercourse. This is important because the body needs time to heal and waiting reduces the chance of infection; this is particularly true when surgical interventions like cesareans and episiotomies are concerned. Some mothers may be delaying intercourse simply because they want to hear from their physicians that resuming intercourse is safe.

“It is possible that some couples delay resumption of sex until after the 6-week check-up on the grounds of waiting to check that everything is back to normal,” Ellie McDonald, from the Murdoch Children’s Research Institute and co-author of the study, told Medical News Today. “This may explain the relatively large number of women that resume vaginal sex after 7-8 weeks postpartum.”

“It is very common for women and their partners to want information about when sexual activity may be safely and comfortably resumed, and what to expect in relation to the impact of childbirth on their relationship. Having reliable information to guide clinical practice can dispel common myths about what is normal during the postnatal period as well as enabling clinicians to tailor information to a woman’s individual circumstances. This study provides important new evidence to guide information given to women and their partners about what to expect after childbirth. However, it is important to remember that these decisions are down to the individual couple and when it feels right for them.”