Home » Study: One in Three Newborns May Live for a 100 years 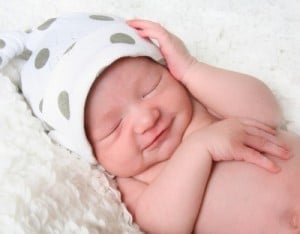 Celebrating a hundred birthdays on planet earth is not a feat that many would ever think possible but if new research by the Office of National Studies (ONS) in the UK is to be believed, one in three babies born today can very well except to reach the ripe age of 100.

The study, which was titled What Are The Chances Of Surviving To Age 100?, shows that 35 percent of newborns born this year can plan to live till 100 years of age. The study also found that presently there are tens of thousands of people who can actually live to complete a century.

Health experts in Scotland warned that this emerging aging population explosion will only put more pressure on health services.

Dr Andrew Buist, a GP in Blairgowrie and deputy chairman of the British Medical Association’s Scottish GP committee, said,“Scotland’s ageing population is an absolutely massive issue, which is having a huge impact on the health service. Once people reach older age, things start going wrong, and most people in their seventies or eighties have at least one long-term medical condition.”

ONS officials say that the results should not be seen as a forecast but more as a statistical projection as the data has not taken into account the impact of future government policies, changing economic circumstances and other factors that might influence the age of a person.

Julie Mills, an ONS researcher said, “In our projections, we’re assuming that the improvements in mortality are going to continue in the future, but we don’t know when that might slow down a bit or stop.”

Doug Anthony, campaigns officer for Age Scotland however was optimistic with the study results.

“That more of us will reach age 100 is not something to be apprehensive about, but worth celebrating. We all want to live healthier and longer lives, and for most of us this is will be an increasing likelihood. Older people make a tremendous contribution to society and the economy, as volunteers, carers, taxpayers and workers.”

He added that the real need was to better the care services provided today and be prepared for the future needs.

“That is not to say there won’t be challenges in meeting the health needs of an ageing population. However, by reshaping care services and investing more in care at home, we can delay and avoid the need for more costly intervention in the future and deliver better services for older people which achieve significant savings for the public purse.”

A spokesman for the Scottish Government feels that the results reflect improved standard of living and the success of health improvement initiatives. He also added that the aging population presented challenges and by working with partners, the government was trying to reshape the care provided for older people and ensure that it was absolute high quality for every older person, every time.

The future surely belongs to the centennial men and women.