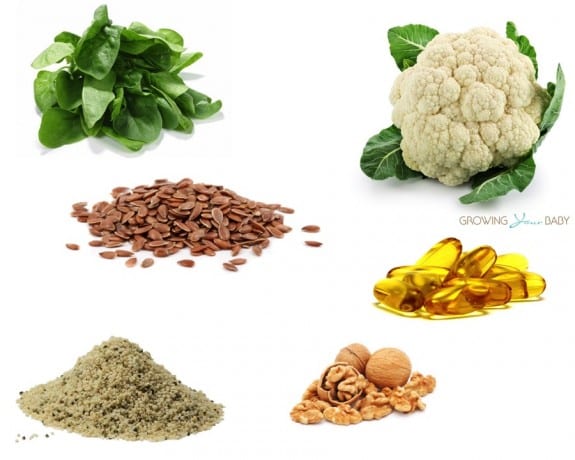 A study, conducted by the Alberta Pregnancy Outcomes and Nutrition (APrON) looked to find if pregnant moms they were consuming enough omega-3 long chain polyunsaturated fatty acids (omega 3-LCPUFA) to meet current recommendations. Unfortunately, the findings revealed that most of these women were not.

The American Dietetic Association along with Dietitians of Canada recommends that all healthy adults including pregnant and lactating women consume at least 500 mg/day of omega-3 LCPUFA. The European Commission and the International Society for the Study of Fatty Acids and Lipids (ISSFAL) specifically recommends that pregnant and lactating women consume a minimum of 200 mg DHA per day.

For their study APrON looked at 600 women who lived in Edmonton and Calgary. The team found that the majority of participants, despite a high level of education and income, were not meeting these recommendations for omega-3 LCPUFA during pregnancy and lactation.

According to the study: “Only 27% of women during pregnancy and 25% at three months postpartum met the current European Union (EU) consensus recommendation for DHA. Seafood, fish and seaweed products contributed to 79% of overall n-3 long chain polyunsaturated fatty acids intake from foods, with the majority from salmon. Results suggest that the majority of women in the cohort were not meeting the EU recommendation for DHA during pregnancy and lactation.”

It was also revealed that women who took a supplement containing DHA were 10.6 and 11.1 times more likely to meet the current EU consensus recommendation for pregnancy and postpartum, respectively.

The results of this also study suggests that nutritional counseling and education about benefits of a supplement source of LCPUFA should extend beyond pregnancy as 44% percent of the women in the cohort who reported taking a supplement during pregnancy were no longer taking these supplements when breast feeding at three months postpartum.

I think the biggest issue with this is that for the last 10 years women have been warned about the dangers of eating fish while pregnant because of mercury exposure, which is where they would get most of their Omega-3s.

There are, however, so great fish alternatives that moms can consume that will help them increase their Omega-3 levels. We have listed 5 below:

Fresh herbs and spices like basil, marjoram, tarragon, spearmint and cloves also have Omega 3s in them as well!