Now in their 28th year, the Nickelodeon Kid’s Choice Awards brought out many celebrity parents and their kids on Saturday night!

Held at at the Forum in Inglewood, California, and hosted by Nick Jonas, the show paid tribute to 21 award categories including the newly introduced Favorite Talent Competition Show, Favorite Family TV Show, Most Addicting Game and Favorite New Artist.

On the red carpet, we spotted some of our favorite celebrities and their families!

Fresh in the from UK, the Beckham boys were attendance.  Last year the boys took the stage at the Nickelodeon Sports awards with their dad and were hit by golden slime.  This time they made off without incident! 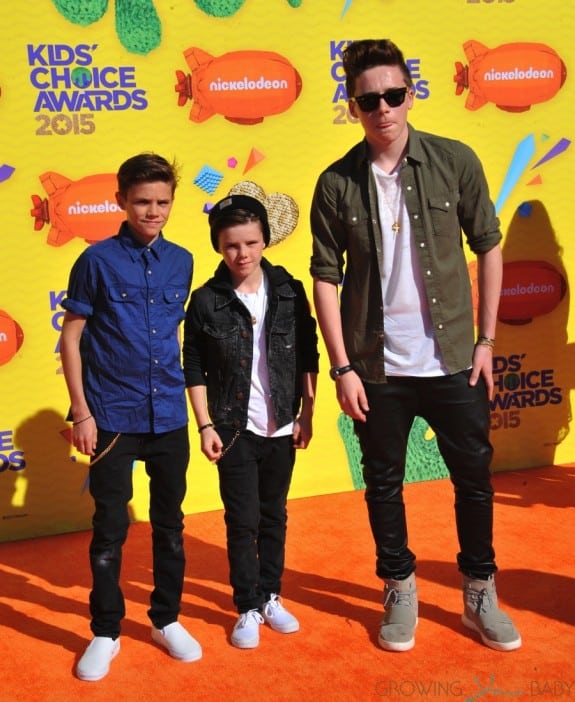 Jennifer Hudson performed with Iggy Azalea, but before hand she hammed it up on the red carpet with her son David Otunga Jr. 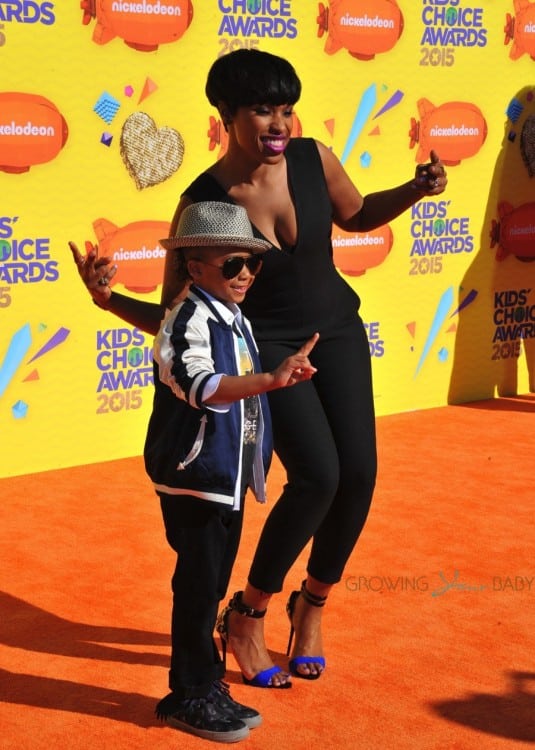 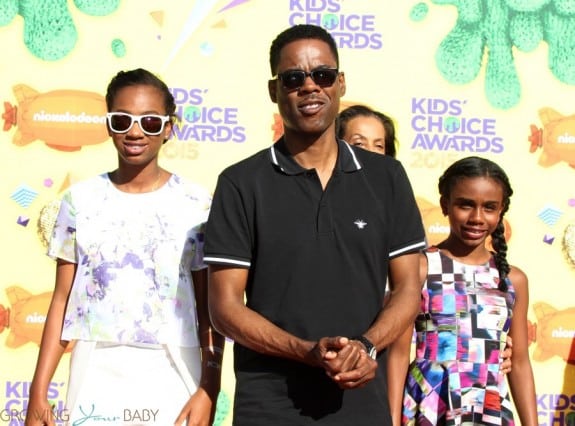 Angelina Jolie stole the show when she won “Favorite Villain” for her role in Maleficent.

The actress, who recently underwent surgery to remove her ovaries and fallopian tubes following a recent cancer scare, shared some advice with the crowd.

“I want to say when I was little, like Maleficent, I was told that I was different—and I felt out of place, and too loud, too full of fire, never good at sitting still, never good at fitting in. And then one day I realized something, something I hope you all realize. Different is good.”

Angelina attended the awards show with her two oldest daughters Zahara and Shiloh. 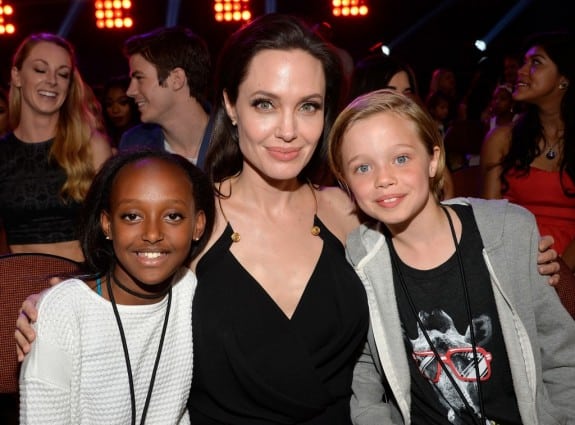