Home » Study: Sleep Disturbances During Infancy Could Signal the Development of Autism

I remember bringing my son with ASD home. All the sleepless days and nights that followed. Turns out, this could have been an early warning sign. 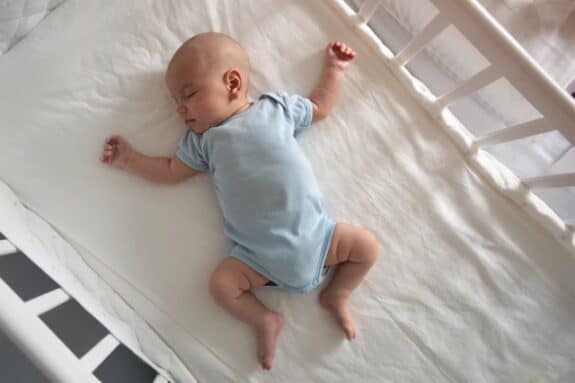 “In our clinical experience, parents have a lot of concerns about their children’s sleep, and in our work on early autism intervention, we observed that sleep problems were holding children and families back,” Estes, lead author of the new study and UW professor of speech and hearing sciences, told UW News.

The infants, who were between the ages of 6 and 12 months at the time of the study, had MRI scans to check for changes in the hippocampus. Former research has shown that variations in this area of the brain may affect more than just sleep; it could be an indication of autism.

“The hippocampus is critical for learning and memory, and changes in the size of the hippocampus have been associated with poor sleep in adults and older children. However, this is the first study we are aware of to find an association in infants as young as 6 months of age,” lead author Kate MacDuffie, a postdoctoral researcher at the UW Autism Center, told UW News.

Researchers also asked parents to complete a survey on their child’s sleeping habits, and cognitive functioning of each child was tested using a standardized assessment. In the end, children who were later diagnosed with autism were much more likely to have sleep disturbances during infancy.

So, take it from a mom that’s been there . . . If your baby is not sleeping or has trouble falling asleep – and you have noticed other signs that suggest they may have autism – talk to your pediatrician about testing options.