When you have a child with autism and some severe symptoms – be they repetitive motions that interfere with school, social issues that reduce their ability to interact, or aggression issues that inhibit their ability to make it through the day without melting down – the talk about medication can be a scary thing. There are all these side effects, some of which are permanent and potentially deadly. 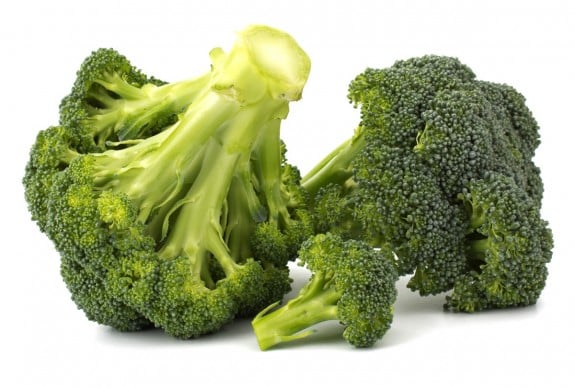 For example, my son took a medication that could cause a permanent shaking syndrome; even if he went off of the medication, the shaking would continue. This is a very concerning side effect, but his aggression issues are off the charts without it. The medication helps to dampen the heightened stimulation he experiences throughout the day.

We tried some natural options in the beginning, but eventually, we had to make the hard choice. But we still haven’t stopped searching, stopped trying for an alternative. A new option might be worth trying, one that is unlikely to have serious side effects, if any (there are some natural alternatives that can be pretty scary, too) – and it comes from one of our family’s favorite foods!

Conducted on just a little over 40 teenage boys and young men with autism, a small, short-term study looked at how broccoli sprouts might improve symptoms of the neurodevelopmental disorder. More specifically, it may improve the behavioral and social issues that individuals with autism face, and the compound that they looked at is called sulforaphane – a compound that is found in many cruciferous vegetables like broccoli that has found to have many potential benefits, including cancer prevention.

Researchers chose to look at the compound because of a phenomenon known as the “fever effect” that is seen in some children with autism. For whatever reason, in some children, autism symptoms will temporarily fade when a fever is present. Researchers theorized that the improvement stemmed from the fact that fevers trigger a heat-shock response—a cascade of events that are designed to shield the body’s cells from extra stress. In laboratories, sulforaphane has been found to create such a response, the researchers said.

So they tested their theory by recruiting 44 boys and young men aged 13 to 27 with moderate to severe autism. Researchers then divided the participants into two groups. One group took sulforaphane capsules and the other took identical-looking placebo capsules every day for 18 weeks. The study staff was not made aware of which participants were taking placebo and which were taking the sulforaphane capsules while gathering data.

Based on results, 46 percent of the sulforaphane group showed improvements in social interactions by week 18. Another 42 percent showed improved verbal communication. And 54 percent had started reining in various “abberrat” behaviors, study authors said. Four weeks after the study ended, and the patients had stopped taking their sulforaphane pills, benefits from the supplements started to wane.

In contrast, none of the placebo patients showed improvements in social interactions or verbal communication, and only nine percent showed any improvement in aberrant behaviors.

However, the authors said that the study was too small to prove that a broccoli extract could help treat autism, and even if it did have concrete benefits, there was a percentage of those with autism that did not improve—about a third of those treated with the compound, to be exact.

Dr. Paul Wang, head of medical research for the nonprofit group, Autism Speaks, agrees that the study is just entirely too small to really say whether or not broccoli, or any of its extracts, could provide a means of treatment for those suffering for autism. However, he did say that the findings were both “interesting and important.”

“We hope that the authors and other researchers will follow up with larger studies that can address unanswered questions and potential safety issues,’ Wang said.

One of those questions pertains to seizures in a couple of the young men on the sulforaphane. Both patients did have a history of seizures, so the extract wasn’t likely the reason behind them, but because none of the placebo users suffered from such effects, it’s still a possible risk that should be considered and looked at.

Brandon Korman, a neuropsychologist at Miami Children’s Hospital, also says that this study needs more work—just like work with most natural autism therapies—but he says that it doesn’t make the information any less promising.

“This shows some promise, but I wouldn’t call it a silver bullet,” Korman said, but still adding that, for now, it probably won’t hurt to give your kid broccoli at dinner if they’ll eat it. While the concentration of sulforaphane would be much lower in the food than an extract, the other nutrients are good for all of us, including those suffering from autism.

However, when it comes to sulforaphane supplements on the market, parents should be wary. Not only are supplements untested by the FDA, Korman says “you wouldn’t know how much sulforaphane it actually contains.”