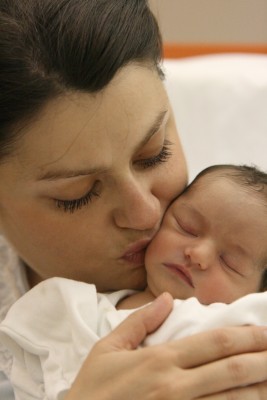 Pregnant mothers have been warned about the risks of catching H1N1, yet now it seems that new mothers are in just as much danger from the Swine Flu.

Doctors researched mothers who were hospitalized due to H1N1 and found that new mothers had a higher chance of severe complications. Women who had given birth within the previous two weeks were more likely to face frightening complications or even death. Now the Centers for Disease Control and Prevention is pushing for new mothers to be vaccinated as soon as they show any signs of flu symptoms.

The new study, released by the New England Journal of Medicine on Wednesday, is the first to look at Swine Flu risks among new mothers. Researchers looked at both pregnant women and new mothers who had been hospitalized. They found that many had only mild symptoms, such as a cough or slight fever, before suddenly declining.

Of the 94 pregnant women and eight new mothers studied, a total of 22 women — 18 pregnant and four who had delivered — needed intensive care. Eight died including two new mothers. The study also found all eight women who died did not receive prompt treatment with flu drugs.

This is why it is important for otherwise healthy individuals to be vaccinated as well, to prevent spreading the virus to those unable to recover. – Summer, staff writer