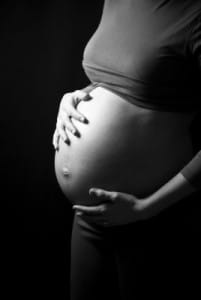 Vitamin D helps the body regulate the amount of calcium and phosphate in the body. This, in turn, helps promote healthy teeth and bones. So, based on this knowledge, it’s not hard to see why vitamin D is so important for everyone. But over the recent years, there have been some concerns about whether or not expectant and breastfeeding mothers were getting enough vitamin D. Because of this concern, NICE changed their recommended guidelines, encouraging pregnant and breastfeeding women to take a 10 microgram vitamin D supplement daily.

Part of the concern was that maternal bone and teeth health would be affected by low levels of vitamin D. However, there has been a second part to the concern; some have thought that low levels of vitamin D during pregnancy would leave the unborn fetus with bone formation problems. Unfortunately, studies on this matter, up to this point, have been inconclusive. But more recently, a study ten times larger than all the previous studies, combined, has found no evidence that maternal vitamin D intake would affect bone health of a child later on in life.

Led by Professor Debbie Lawlor of the University of Bristol, the study assessed the vitamin D levels in 3,960 pregnant women during all three trimesters. Once the children born to these women reached an average age of nine years and 11 months, bone mineral content (BMC) of the children was assessed using dual-energy X-ray absorptiometry. BMC is a measurement of bone health – a lower mineral content is associated with poor bone health, which can place individuals at a higher risk for certain conditions, like rickets.

Overall, researchers found that women’s vitamin D levels were lowest during the first trimester. Those levels increased as the pregnancy progressed. Levels were highest during the summer months and lower during winter months. Non-white mothers and mothers who smoked had lower levels of vitamin D than those that were white and did not smoke. Yet, despite these differences, researchers did not find any indication that the mother’s vitamin D intake affected the bone health of her child later on in life.

“We believe that there is no strong evidence that pregnant women should receive vitamin D supplementation to prevent low BMC in their offspring,” Lawson said in a press release from the University of Bristol.

“Current guidelines are relatively vague, in that what they say is that all pregnant women should be made aware that in pregnancy, vitamin D levels can be low, and that it’s important for the mother’s health and for the child’s health,” Professor Lawlor said, speaking to Lancet TV. She says the guidelines may be “over-emphasizing the importance of vitamin D, and we need more evidence [before] suggesting to pregnant women that their child’s future bone health depends on their pregnancy vitamin D status or that by taking supplements they will improve [their child’s future bone health]. I think our study challenges that [suggestion].”

“We cannot comment on other possible effects of vitamin D in pregnant women,” she said. “While excessive intake can affect the body’s calcium balance and result in cardiac arrhythmias and muscle problems (both rare) as well as milder problems such as dry mouth and constipation, our study didn’t look at any other potential beneficial or adverse effects of vitamin D supplementation besides the association with children’s bone health.”

Professor Philip Steer of Imperial College, London, UK says that, to be safe, certain women should take vitamin D supplements. In other cases, he says the extra vitamin D intake may not be needed, at least not until further evidence is provided.

“In view of the inconsistency in results [of previous studies], it might seem unclear why vitamin D supplementation is officially recommended for all pregnant and breastfeeding women,” Professor Steer said in a linked comment. “The safest approach is probably routinely to supplement pregnant women at greatest risk, as defined by the NICE guidelines: women of south Asian, black African, black Caribbean, or Middle Eastern origin, women who have limited exposure to sunlight (eg, those who are predominantly housebound or are generally fully covered when outdoors), women who eat a diet particularly low in vitamin D (eg, no oily fish, eggs, meat, or vitamin-D fortified margarine or breakfast cereal), and women with a body mass index higher than 30kg/m2 before pregnancy. For other women, the optimum approach is unclear, and long-term randomized trials of supplementation are justified.”

Women may best be advised by their doctors on whether or not supplementation may be needed. While studies are often a good source to find reliable information, the final say should be with a woman’s doctor because they are the ones best educated and in charge of caring for both mother and baby.