Adam Sandler took a break from filming “Jack & Jill” to spend some time with his two daughters Sadie and Sunny. 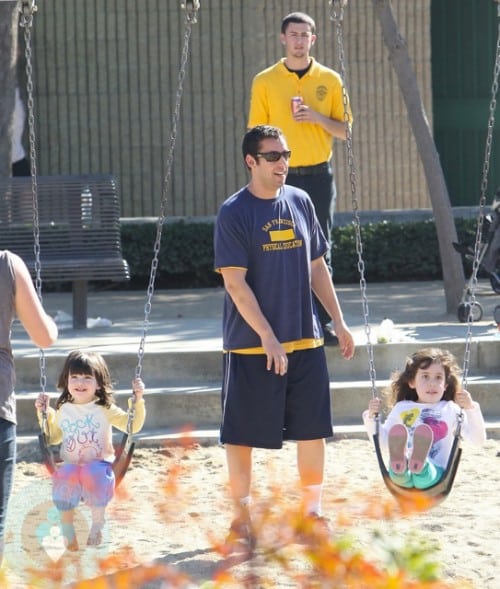 The proud father pushed his girls on the swings – still wearing the same San Francisco Physical Education t-shirt he was spotted wearing earlier on the set of “Jack & Jill” during scenes.